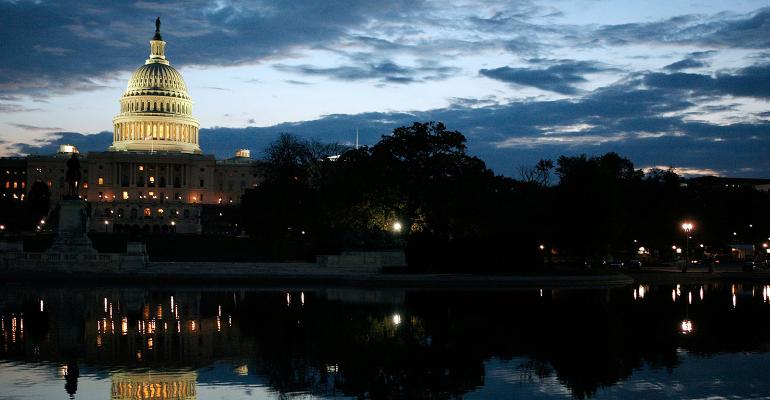 The end of 2017 brought in a big win for Congressional Republicans and the White House—a successful tax overhaul they’d been building up to for a decade.

You could hear the sighs of relief. Prior to passage, Sen. Lindsey Graham (R-SC) admitted, “I think all of us realize that if we fail on a tax, that’s the end of the Republican Party’s governing majority in 2018.” It was the political victory Republicans needed.

But before the confetti even hit the floor, the speculations began about gaping loopholes, unintended consequences and outright mistakes in the tax bill, which now begs the question—are they really done? We think not. In fact, it appears there are at least three big buckets of tax items that lawmakers could address in 2018.

The “Cleanup on Aisle Five” Bucket

The recently passed tax bill was a whopping 503 pages long. Compared to the nearly 75,000-page long Tax Code, that doesn’t seem like much, but it’s plenty long enough to contain some errors. That’s where a technical corrections bill comes in—a cleanup if you will—to make tweaks that bring the tax bill in line with the intent of Congress.

Even before the tax bill passed in December 2017, House Ways and Means Chairman Kevin Brady (R-TX) a suggested technical corrections bill was on the agenda in 2018, and the GOP would need Democratic support to get it done. That’s an understandably hard ask given those same Democrats were absent from tax reform negotiations. Democratic tax writers haven’t completely ruled out offering their help, but don’t expect them to go along with the fixing process.

Quite the opposite. We expect a key messaging point for Democrats in the lead-up to the mid-term elections—where Democrats have a good chance of wresting control in the House of Representatives—is that the tax bill is a giveaway to the wealthy and big business. And that messaging has already begun.

Because of the politics here, we would look for this bucket item to be included in a must-pass piece of legislation that Democrats may have to hold their nose and vote, like a bill to increase the nation’s debt limit, which could come as early as March.

The “Make the Bill Better” Bucket

Passing tax reform via the “budget reconciliation” process meant that Republicans avoided having to woo any Democratic votes. But with the sweet came the sour. Using that process also meant that a lot of provisions had to be dropped because of the Byrd Rule that defines what types of tax changes can and can’t be included. It’s strict, and a lot of proposals were eliminated in the process. Now, several lawmakers see 2018 as an opportunity to get some of those barred provisions back into consideration.

For example, Sen. Ted Cruz (R-TX) has a proposal out there to make permanent the newly enacted individual tax brackets that are set to expire in 2025. That means permanent relief for lower income individuals as well, which may appeal to some Democrats who count these folks as their voters.

Other Members of Congress, mostly Democrats and many in high-tax (blue) states, are hoping to reconsider the cap on the state and local tax deduction that was set at $10,000. It’s one of the most controversial parts of the bill.

The items in this bucket that have appeal across the political aisle have a much stronger chance of getting passed perhaps even before the election, to remind voters who’s watching out for their interests. The others will likely have to wait until after the mid-term elections.

The “Left Behind” Bucket

This brings us to how Republicans will manage to get the first two buckets over the finish line. Beyond easing the SALT, Democrats aren’t eager to help Republicans fix their tax bill in any way, especially in an election year. Republicans need some sort of bipartisan draw. Enter: tax extenders.

These tax provisions are lawmakers’ best bet for bipartisanship in 2018. These “extenders”—most of which are energy provisions and expired at the end of 2016—are temporary tax provisions that are consistently extended because the policy is agreeable to Democrats and Republicans. But if the policy is so agreeable, why were they left out of last year’s tax bill? Perhaps it was their collective high cost. Or perhaps Republicans surmised they’d need a big, compelling bucket of tax items, the “extenders,” that could carry their less appealing, partisan bucket items.

If Republicans can slip the “cleanup” and “make the bill better,” provisions in a bipartisan extenders package, they may just get everything they want. Stay tuned to see if they can pull it off.

And The Million-Dollar Question: When?

Time to legislate this year is limited. It’s an election year, which means longer recesses and more time campaigning. That also means lawmakers don’t want to take tough votes, such as changing spending levels, raising the debt ceiling, immigration reform and many others. So how do you make it easier to swallow a tough vote? Sweeten it. And we expect leaders to do just that with tax items, all the way up until Election Day in November.