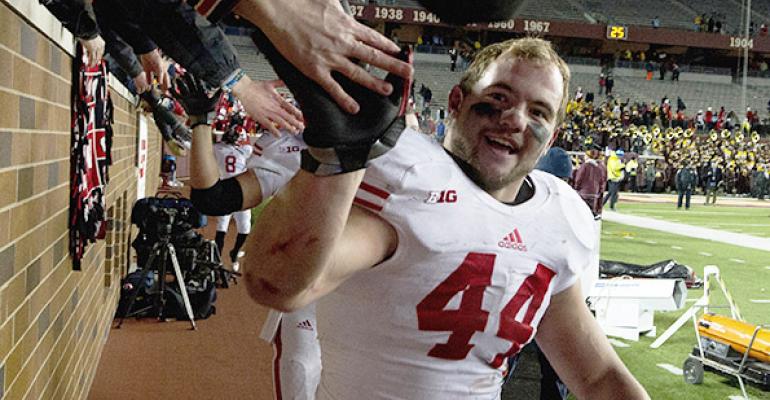 <p>Chris Borland retired from the NFL at age 24.</p>
Wealth Planning>High Net Worth

The Changing Face of Retirement

BMO Private Bank recently released the results of a study they performed on the retirement outlook of affluent Americans as part of their Changing Face of Wealth series. Those surveyed have at least $1 million in investable assets, which represents, perhaps, a low bar to set for “affluent”; however, some of the answers are still intriguing and suggest a movement among the affluent towards earlier and far more active retirement.

A number of the returns were largely what you’d expect from this sort of exercise. 99 percent of respondents currently have an investment portfolio or share one with their spouse. 85 percent plan to use the money in their portfolios to fund their retirement, while 45 percent hoped to use it as an inheritance (this question allowed for multiple answers). Only 5 percent consider themselves aggressive investors. When asked about where they planned to retire, 96 percent responded “In the U.S.” which should hopefully assuage some of the growing panic over high-profile high-net-worth individuals renouncing their citizenships. Nothing too terribly controversial to see here.

That all being said, there were some statistics that grabbed my attention. The first is that 20 percent of respondents either have already retired or plan to do so before the age of 40. That’s a staggering number. At first blush, I chalked the result up to those born into money that weren’t really “working” before they “retired” to a life of (even more) leisure. First generation wealth creators tend to hold on to the reigns longer, whereas those born into affluence often have less motivation to burn the candle at both ends. These assumptions are obvious clichés, but they also exist for a reason.

I contacted Jack Ablin, CIO of BMO Private Bank, to get his thoughts on the matter, and he offered an interesting alternative explanation: Millennials. Now before you roll your eyes and close the article, this isn’t the usual rant about the lack of work ethic among “These darn kids today.” Ablin thinks that Millennials simply have different priorities both professionally and socially from those that came before them. They’re less wedded to a single career path than previous generations, and the term “retirement” applies to them differently in that major career changes are far more common and significantly less traumatic events than for, say, baby boomers.

A common thread that Ablin sees is young people who, for lack of a better term, sell out to the corporate world for a number of years in order to make their fortunes, then instead of doubling down and moving into upper management to comfortably accumulate further wealth, they quite literally take the money and run to pursue passion projects, do charity work or start their own companies. This hunch is borne out in the survey as well, as 21 percent of respondents plan to continue earning in their retirement through working part time, a further 21 percent want to start a new career and 11 percent intend to start their own business. So the answer, it appears, isn’t that the early-retiring respondents were spoiled rich kids who weren’t really “working,” as I so judgmentally assumed, but that affluent Millennials aren’t actually “retiring,” at least not in the sense of the word to which most of us have become accustomed.

As the world changes around us, our concepts and terminologies need to adapt to keep pace. Traditional retirement planning isn't going anywhere just yet, but this study suggests that advisors should be prepared for the possibility that if a 35-year-old client comes into their office to discuss his retirement, he's probably not planning on spending that time on the golf course or writing his memoir.