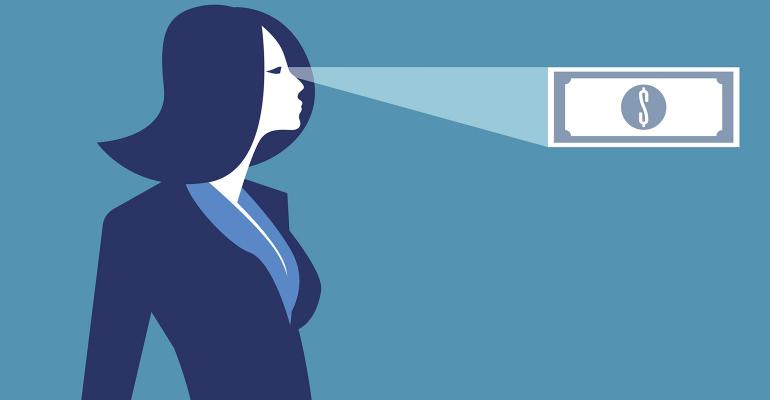 Challenges and Strategies for Female Clients and Practitioners

On Sept. 19, Jonathan I. Shenkman, associate director—Investments at the Shenkman Private Client Group of Oppenheimer & Co. Inc. in New York City, hosted “Women & Wealth.” Moderated by Trusts & Estates Editor in Chief Susan Lipp; panelists Elizabeth Forspan, a partner at Forspan Klear LLP, in Great Neck, N.Y.; Rebecca A. Provder, a partner at Moses & Singer LLP in New York City; and Lara M. Sass, a partner at Lara Sass & Associates, PLCC in New York City, shared their insights into issues they faced as female practitioners in what was traditionally a male-dominated field, as well as the special considerations confronting their female clients.

For Elizabeth, who transitioned 11 years ago into elder care planning from a large accounting firm where she had to do double the amount of work to get the same recognition as her male counterparts, “being a woman in the world of elder law has been an advantage.” She cites the ease of connecting with her clients—both male and female. Lara, who began her legal career at a large law firm, worked while raising her three daughters, ultimately starting her own firm, aka her “fourth child.” “Balance is not even a thing,” quipped Lara, and she now strives to offer opportunities at her own firm for women to work flexibly or virtually. Rebecca notes that in her field of divorce law, where women previously tended to be on the negotiated/mediated side and men on the litigation side, she now sees a marked increase in the number of women as “top divorce litigators.” A client often asks her whether she should get a male or female divorce lawyer, and Rebecca always recommends that a client simply choose someone she feels she can connect with.

Statistically, women live longer than men. A common scenario is that a husband/partner will become ill, and the woman will become his primary caretaker. This LTC role takes a tremendous emotional and physical toll on the woman. As such, Elizabeth advises her clients, “You have to stop—it’s okay to get help,” and she often counsels women on how to deal with the guilt they feel about giving up some caregiving responsibilities.

Through widowhood or divorce, many women ultimately become in control of their own estates. Lara advises that it’s critical that women avoid dying intestate and having the state determine the disposition of their assets. Rather, women need to ensure they have a will/revocable trust, power of attorney (POA), health care proxy, LTC insurance and/or Medicaid planning in place when they’re healthy.

But, LTC policies are expensive, and unlike the stand-alone policies issued years ago, today’s LTC policies may fall short due to the rising costs of nursing/health care. While it’s more expensive for females than males, Elizabeth is still a huge proponent of LTC insurance.

“During marriage, pay attention to what’s going on in your own home,” Rebecca warns her female clients. Often, women have no idea what their spouses are earning. She suggests that women attend meetings with financial advisors; review financial statements and tax returns; and for those with finances separate from their spouses, become apprised of the complete scope of the family finances. Pay attention to spousal debt, gambling issues, living above means and borrowing against retirement.

Elizabeth notes that with trusts set up during marriage to benefit others (that is, grantor trusts), both spouses are responsible for the taxes. It’s therefore extremely important during divorce proceedings to examine all inter vivos trusts, especially grantor trusts.

All three panelists discussed “gray divorce”—the phenomenon of older people divorcing after long-term marriages. Regarding gray divorce, it’s critical to revisit and update documents that were created during the marriage, particularly health care proxies, POAs and all inter vivos trusts. After a transition event, “the last thing you want is your ex making the medical decisions,” says Lara. The good news, notes Elizabeth, is that there are many resources for clients to draw upon: advisors, daily money managers, geriatric care managers. The real challenge is to get back on one’s feet.

For unmarried women without children, dying intestate could result in a decedent’s parents or siblings inheriting her assets—with neither outcome being ideal. And, unmarried partners typically don’t have rights under intestacy statutes like married spouses do. Lara suggests using a revocable trust over a will because probate is expensive and freezes the assets until completed.

Women are entering into marriage with more assets than ever before, and they want to protect their own money, businesses and family inheritances. This trend contributes to the rise of women wanting prenups. Beyond asset allocation, prenups should incorporate a plan for raising children, including expectations regarding who will leave the workforce and for how long.

For a more detailed discussion of this extremely timely topic, read “Women and Wealth” by Elizabeth, Rebecca, Lara and Jonathan, appearing in the September 2019 issue of Trusts & Estates.