/sites/all/themes/penton_subtheme_wealthmanagement/images/logos/footer.png
Recent
Recent
'Dark Money' and Tax-Exempt Organizations
May 16, 2022
Michael Kitces' #FASuccess Podcast: Beth Jones' Method to Deepen Client Relationships
May 16, 2022
Seven Must Reads for the CRE Industry Today (May 16, 2022)
May 16, 2022
Apollo Makes $1 Billion Bet on Indian Property With Lending Plan
May 16, 2022
Featured
The 10 Best and 10 Worst States in Which to Retire in 2021
Jul 15, 2021
Poll: 15 Classic Books on Investing and the Markets
Apr 03, 2020
Fifteen Must-Listen Business Podcasts for Advisors
Aug 14, 2020
Celebrity Estates: Jay Leno and Planning for Classic Car Collections
Feb 22, 2022
Trump Tax Reform
brought to you by 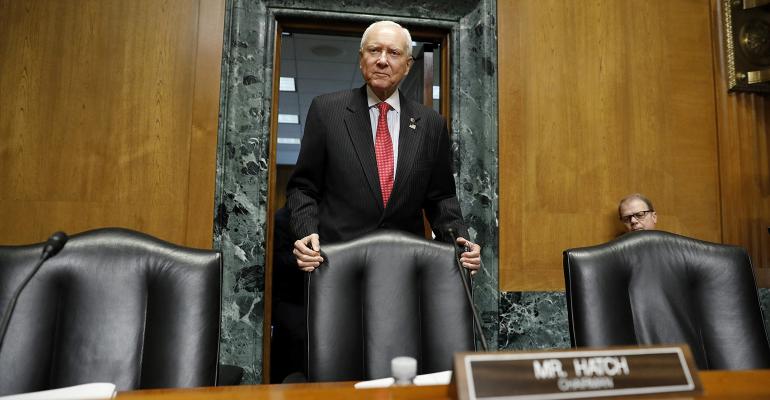 The change would limit the break to gains on sales of assets held three years or more.

The provision was contained in a list of changes that Senate Finance Chairman Orrin Hatch offered just before 10 p.m. Thursday in Washington, minutes before the panel approved a proposal for overhauling the U.S. tax code.

The change would limit the break to gains on sales of assets held three years or more, mirroring a provision that the full House approved Thursday.

Carried interest is the portion of an investment fund’s profit -- typically 20 percent -- that’s paid to investment managers. Under current law, it’s taxed as capital gains, making it eligible for rates as low as 23.8 percent for gains on assets sold after more than a year.

The House and Senate proposals would extend the holding requirement to three years.

President Donald Trump has made the favorable tax treatment of carried interest an issue. During his campaign he said hedge fund managers were “getting away with murder.” Minutes before Hatch offered the amendment -- one of several he introduced Thursday night -- Senator Claire McCaskill, a Missouri Democrat, had complained that the Senate bill contained no provision for limiting the carried interest break.

On Thursday afternoon, the House approved its tax bill. Several hours later, the Senate finance panel approved its own tax plan. While both measures would cut taxes for corporations and individuals, they differ in significant ways. The Senate bill, for instance, would delay a reduction in the corporate tax rate to 20 percent from 35 percent until 2019, and would set many of its individual tax cuts to expire by 2026.

The full Senate is expected to vote on its plan during the week of Nov. 27. If it passes, differences with the House bill will need to be reconciled before any final legislation could be sent to Trump’s desk.