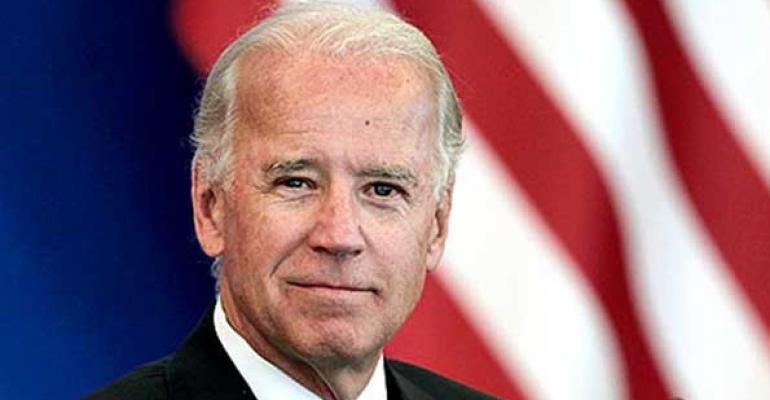 House Democrats presented a smaller-scale overhaul of the way investments are taxed than President Joe Biden proposed earlier this year, highlighting the political challenge in enacting higher levies ahead of next year’s midterm elections.

The plan, released by the House Ways and Means Committee Monday, sets the top rate for taxing capital gains -- money earned from the sale of assets such as stocks or property -- at 25%, up from 20% under current law. Including a 3.8% Medicare surtax on high earners, the top capital gains rate would be 28.8%, taking effect in tax years ending after Sept. 13, 2021.

The changes are a component of measures designed to help pay for a major expansion in spending on social programs -- the bulk of Biden’s longer-term economic plan. That broader legislative package, outlined at $3.5 trillion, will require unity in the Senate Democratic caucus to get enacted via a special fast-track process, given universal Republican opposition.

The draft text released Monday also leaves out a Biden proposal to end the “step-up in basis” treatment for assets passing from a deceased individual to an heir. Biden’s plan would have taxed those assets before they were inherited, but several Democrats had said they worried the change would pose hardships for family-owned businesses and farms as heirs would need to stump up cash to pay the tax.

The Treasury Department had estimated that Biden’s capital gains changes, including taxing unrealized appreciation at death, would have raised $322.5 billion over a decade.

Lawmakers will still have the chance to amend the House panel’s proposal, and the Senate Finance Committee is moving ahead on its own track. The head of that panel indicated Monday that addressing step-up in basis may yet be in the cards.

The House Democrats’ draft plan does include hikes in levies on income. The top marginal rate would return to the 39.6% that existed before then-President Donald Trump’s 2017 tax cuts. And there’s a 3% surtax on individuals with adjusted gross income in excess of $5 million.

Several Democrats, including Senators Mark Warner of Virginia and Jon Tester of Montana, had expressed concerns about the sweeping nature of Biden’s capital-gains proposals.

The legislation also calls for several other changes that will hit high-income taxpayers, including higher rates on income and giving the Internal Revenue Service more access to the bank account flows of high-earners. The legislation also gives more money to the IRS to rebuild its auditing program, which has languished for years as the result of budget cuts.