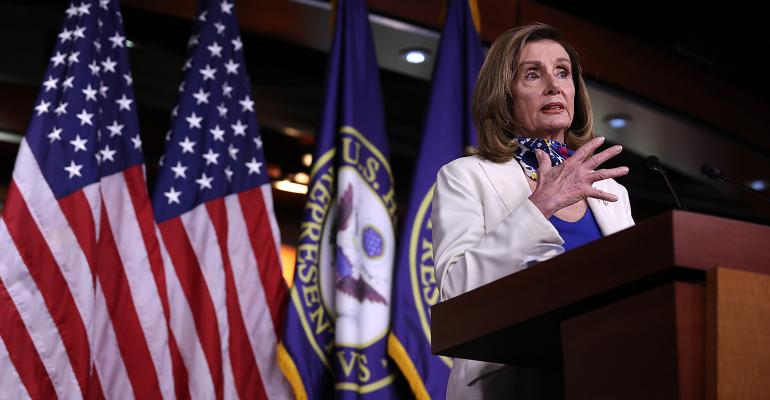 Can We Bid Farewell to the SALT Cap?

Relief may be in sight for residents of high-tax states (for example, New York, New Jersey and California) who were affected by the cap of $10,000 on the state and local tax (SALT) deduction that was imposed by the Tax Cuts and Jobs Act. Four states had even filed a court challenge to the SALT cap, but that challenge was dismissed by a federal district court.

At a news conference on April 1, House Speaker Nancy Pelosi indicated she would support a move to repeal the $10,000 cap in the infrastructure and social-spending program that Democrats are considering.

Some Democratic lawmakers are threatening to oppose the infrastructure bill unless the SALT cap is repealed, notes Sandra Swirski, an attorney with the government affairs firm of Urban Swirski & Associates. This is a harbinger of the difficulty Speaker Pelosi will have corralling enough members of Congress to vote for the next big bill, she says, noting that Speaker Pelosi’s margins are incredibly narrow, and a big handful of her members threatening to walk unless they get their way either means a much bigger bill to accommodate pet issues or no bill at all. Her view is that the latter will occur.

According to James Dougherty, a partner at Withersworldwide, “The flurry of proposals from the Democratic politicians thus far have been focused on revenue raising, but restoring the SALT deduction to what it was is about revenue sharing between the federal government and the states. It will be interesting to see how proponents of restoring the SALT deduction find a way to replace the lost revenue and/or potentially have a higher cap.”