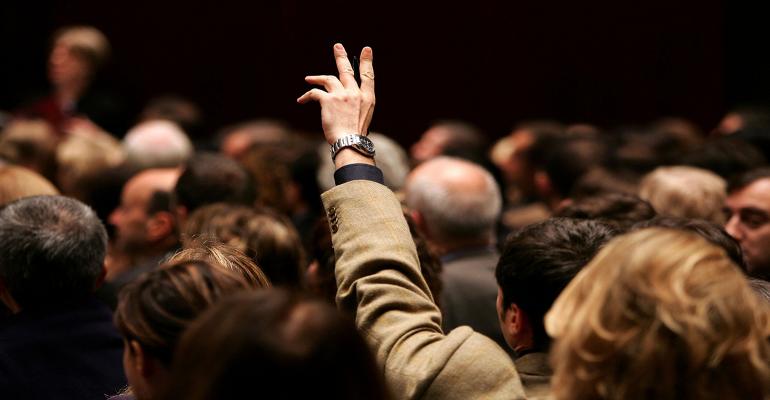 (Bloomberg) -- It hasn’t exactly been an easy year for the world’s two biggest auction houses as their major sales contracted, clients got spooked by falling oil prices and scores of specialists exited.

Now there’s one more worry: Brexit. The June 23 referendum will bisect two weeks of major auctions of Impressionist, modern, postwar and contemporary art that Sotheby’s and Christie’s have traditionally held at the end of June. The vote’s impact on exchange rates and global financial markets has sellers hesitating and some buyers holding out for bargains.

“There is a definite sense of caution until we know what happens with Brexit,” said London-based art dealer Pilar Ordovas. “Unless you really have to, why would you sell right now?”

Even as tension eases, that wariness is reflected in the lineup of works in London evening sales, which isn’t as strong as in recent years, dealers said. At the mid-point of the auction houses’ estimates, and including a one-off anniversary sale at Christie’s, volumes in the two weeks are set to drop by almost 20 percent from a year earlier. The decline follows a contraction of more than 50 percent in sales during the May auctions in New York, when the art market was still reeling from a slump in oil and stock prices at the start of the year.

“It’s already a fragile situation and any new uncertainty doesn’t help,” said Olav Velthuis, an associate professor at the University of Amsterdam who specializes in the art market. “The auction market has been slowing down since late 2015.”

Sotheby’s won the two biggest lots of the season, which starts Tuesday and ends June 30: Pablo Picasso’s 1909 Cubist painting “Femme Assise” estimated in excess of 30 million pounds ($44 million) and Amedeo Modigliani’s portrait of his lover targeted at more than 28 million pounds. Both works have been in private collections for decades and will be offered at this evening’s sale of Impressionist and modern art, two days before the Brexit vote.

The seller of the Modigliani’s 1919 “Jeanne Hebuterne (au Foulard)” is Syrian-born billionaire philanthropist Wafic Said, according to two people familiar with the matter who asked not to be named because the information is private. The work last appeared at auction in 1986 when it fetched 1.9 million pounds at Christie’s. Officials for Sotheby’s and Said declined to comment.

Christie’s is celebrating its 250th anniversary with a special auction on June 30, a week after the vote. Titled Defining British Art, it will consist of works ranging from Old Masters to contemporary, led by Francis Bacon’s painting of a twisted female figure, estimated at 20 million pounds.

“We note very limited big consignment wins in the contemporary evening sale which could be pressured by concerns around the upcoming referendum,” David Schick, an analyst for Consumer Edge Research, said in a report on June 8.

While scaring away some sellers, the Brexit vote may create opportunities for buyers. The day after this week’s referendum on European Union membership, the pound will either sink to the lowest level in more than three decades or climb toward the highest this year, according to a Bloomberg survey of economists last week. Most see a drop below $1.35 if Britons decide to leave the bloc on June 23, while the median estimate following a victory for the status quo is for it to jump to as high as $1.50.

The pound lost more than 14 percent against the dollar from a peak in July of 2014 through last week. On Monday, the currency jumped almost 2.4 percent, the most since 2008, spurring a global rally in higher-yielding currencies as polls signaled support for Britain to stay in the EU was gaining momentum. Bookmakers’ odds suggested the chances of a “Leave” vote faded after last week’s murder of a pro-European lawmaker, while a survey over the weekend showed 45 percent of respondents backing the “Remain” side and 42 percent in favor of a British exit.

David Nahmad, an art dealer and currency trader, said no matter which way the vote goes, he plans to buy, rather than sell, during the London auctions.

“I am looking to buy good quality paintings,” he said.

Nahmad said he doesn’t plan to hedge against currency swings because rising volatility has pushed up the cost of doing so.

“It would cost you half of the risk,” he said. “Even if the pound falls 10 to 15 percent after the Brexit it will recover half of it immediately and half of it slowly.”

A decline of the pound could also encourage bidding from American and Asian collectors, said dealers and auction-house executives.

“There will be people who will see this as an opportunity because you could get a lot more for your money,” Ordovas said.

Other collectors say the exchange-rate impact of the vote will be limited because the market for art is made mostly in dollars or euros, and collectors at auctions can see the prices in several major currencies on electronic boards as soon as a bid is entered.

“Art prices could be in rice grains if it was fungible in multiple currencies,” said Belgian art collector Alain Servais.

Sotheby’s sources its auctions “globally and we sell globally,” said Helena Newman, Sotheby’s global co-head of Impressionist and modern art. “Even though the sales take place in pounds, at the high end the global currency is in dollars."

“Our experience across the years has shown us that collectors want to collect,” Christie’s spokeswoman Catherine Manson said. “We will assess the impact of the outcome and as needed prepare accordingly.”