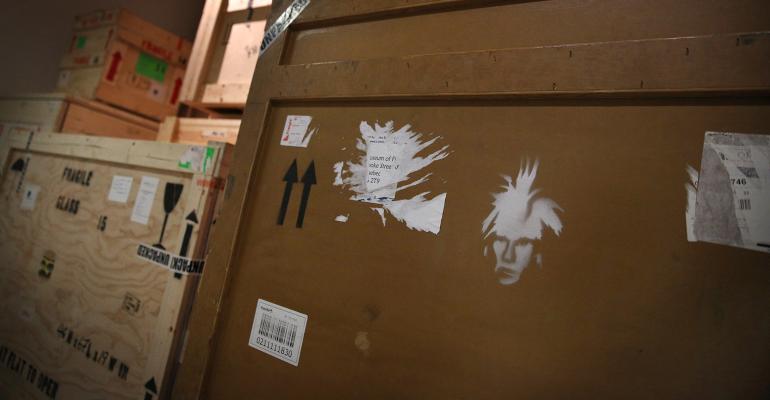 With Brexit, It's Time to Consider Whether Clients Should Move Their Art

But guidance remains murky in the event of no deal.

As we approach several upcoming European art fairs and events such as Art Basel in Switzerland and Frieze London, artists, investors, galleries, dealers and shippers are moving art between and around different European jurisdictions. For the art market, Brexit introduces a range of issues that cannot be ignored, especially for those who wish to be able to display and enjoy their art beyond the borders of the United Kingdom.

Therefore, it’s helpful that Arts Council England has published a guide on how to deal with a 'no deal' Brexit, but a number of questions, inevitably, remain open.

Shipping, movement and freeports. At a simple level, shippers will already be booked up well in advance, and documentary requirements if no deal is agreed upon are unclear.

In a last-minute agreement, the European Union stated in late March 2019 that it would allow U.K. art shippers and other luxury goods haulers to continue to enter the continent with a permit in the event of a 'no deal' Brexit—but only until the end of the year.

This gives a stay of execution, but in practical terms means that anyone wanting to move art to the European Union should do so by the end of the year unless there are clear agreements as to how matters will carry on thereafter.

Shippers have to apply for specialist permits issued by the European Conference of Ministers of Transport. There could be a shortage of permits and, in the event of a no deal, permits would inevitably be given in priority to essential supplies, such as food and medicine.

Import taxes, free circulation and VAT. It’s trite to remind ourselves that a key benefit of EU membership is free circulation of goods and services. Somewhat less trite is the point that exiting the European Union removes this advantage absent agreement to retain it in some shape.

For the art market, this means any works from the European Union currently in the United Kingdom, which galleries or individuals might want to return to the European Union, should be moved sooner rather than later. In particular, there’s a fear of import taxes, and we’re aware that some galleries in London closed shows early to return works back to Italy specifically to avoid the risk of a multimillion British pound sterling reimport bill. Different import taxes apply throughout the European Union, and with Italy’s at 10%, it’s something that clients wishing to have art in Italy will want to think about—and make sure they return the art in good time.

The other way around, it was reported that some London dealers looking to show works by a French artist at Frieze London in October have already imported the works. This is to avoid the imposition of U.K. import duties.

And let’s not forget VAT. It’s been reported that shippers are opening additional bonded warehouses so that art can move to a bonded warehouse without duties or taxes being paid at that stage.

Applicable duties and taxes will, of course, have to be paid when the works move out of the bonded warehouse. A key issue here is that no one yet knows the position when you have art in the United Kingdom, which entered the European Union and on which full VAT has been paid, if you then want to move that art back to the EU after Brexit. One of the reasons the position is unclear is the lack of clarity as to what form Brexit will take. Do you have to pay VAT again? Maybe, maybe not. It’s an unsatisfactory position for clients and for us as their advisors who are currently unable to give them any certainty in this ambiguous environment.

What Should Clients Do?

As ever, much will turn on specific client objectives, but it’s important to be aware of the uncertain backdrop to any decisions with respect to the location of art, and, in sum, the key considerations are:

Meanwhile, there will likely be meaningful and regular developments as the Brexit negotiations continue, and it’s to be hoped matters will become at least somewhat clearer!