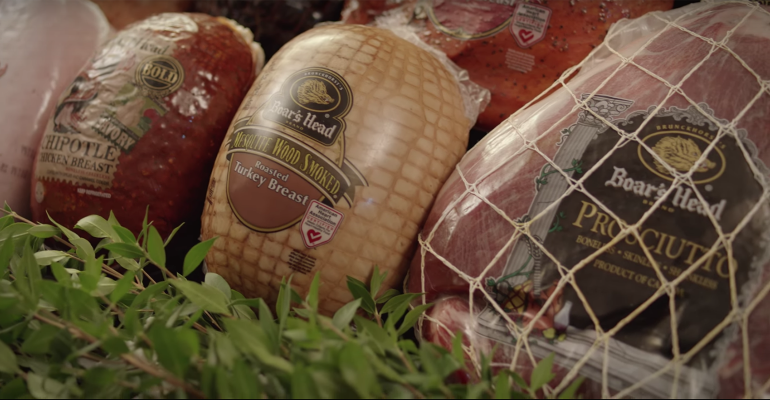 The deli-meat juggernaut's intrafamily dispute may leave charities out in the cold.

Boar’s Head brings to mind juicy cold cut meats, but according to The New York Times, there’s now a different type of beef sizzling between the heirs of the NYC company. The death of Barbara Brunckhorst, daughter of Boar’s Head founder Frank Brunckhorst, triggered the feud between Frank’s grandson Frank III Brunckhorst and Eric Bischoff, grandson of Frank’s brother-in-law Bruno Bischoff (the elder Brunckhorst and elder Bischoff co-founded the company, and it’s been controlled by the two families ever since).

As The New York Times reports, Barbara’s dying wish was that a “substantial portion” of her stake in the meat company go to environmental charities and neuroscience research. Her nephew Frank III, who’s set to inherit her shares, has plans to honor her philanthropic wishes. Eric, who’s no stranger to litigation and has sued family members before, however, is alleging that Barbara’s shares should be his and is threatening legal action, according to a lawsuit filed by Frank III. It’s unclear on what grounds Eric believes he’s entitled to Barbara’s share of the company.

A Wish Is Just a Wish Without a Will

“It’s an unfortunate truth that a dying wish doesn’t hold the same legal weight as a clearly laid-out will or trust—a dying wish is not going to be enforceable in a court of law if legal documents state otherwise,” says Jonathan Forster, shareholder and director at Weinstock Manion in Los Angeles.

“If Barbara had truly felt adamant about supporting the charitable causes she clearly valued, as evidenced by the important work of her foundation, then taking precise legal action, such as amending her will or creating a trust, would have removed any ambiguity on her death. This is similar to when the artist Prince passed away—while those closest to him knew that he felt passionate about supporting charitable causes, he didn’t have an estate plan or will in place to support those causes after his passing.”

It's clear from the work of Barbara’s foundation that she was an ardent supporter of many charitable organizations, and her nephew wants to continue her charitable legacy. Unfortunately, Forster explains, “on the death of someone with an estate of this magnitude, there are almost always self-interested parties seeking to obtain access to the fortune.”

Oftentimes, as seen here, it can even be other family members. It’s therefore of critical importance that estate plans include a will or trust explicitly outlining the individual’s wishes on their passing. Though, in this case, Barbara did have a charitable foundation established, there’s no way to fund it with her shares from the Boar’s Head fortune without an estate plan expressing those wishes. “It’s the only way to avoid the complicated and drawn-out legal battles that can take place when pertinent legal documents don’t align with those wishes,” concludes Forster.