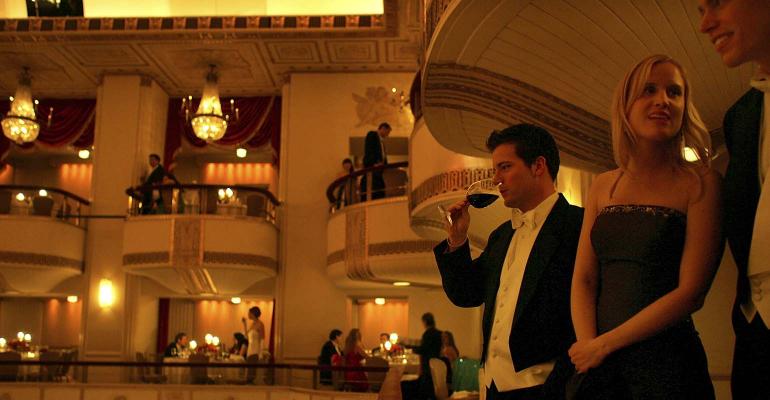 The ultra-wealthy are stepping up as pension funds and endowments reach their limits.

(Bloomberg Opinion) -- After a record fundraising year, there are worries that private equity’s golden era is over.

Banks’ souring sentiment toward buyout loans and a drought in initial public offerings are pressuring both ends of private equity’s deal machine: the buying and selling of companies.

To make things worse, pension and endowment funds — the industry’s traditional cornerstone investors — may no longer have new money for their old friends. The culprit is their asset allocation rules. Over the years, pension funds have been raising their stakes in private equity, to juice returns and pay retirees’ bills. But after a global selloff in bonds and stocks, their PE allocation may be hitting the ceiling.

Use the $477 billion California Public Employees’ Retirement System as an illustration. In November, Calpers raised its target allocation to 13% from 8%. But once we account for the potential losses from its public holdings, the change doesn’t appear so earth-shattering. A back-of-the-envelope calculation shows that Calpers’ existing PE portfolio holdings could have reached 9.5% without deploying a dollar more to alternative asset managers.

Meanwhile, the ultra-wealthy can’t get enough of private equity either, according to a recent UBS survey, which polled the 221 biggest family offices that on average managed $1.2 billion of assets each. As of 2021, these billionaire offices were already allocating 21% of their money into PE, either via direct investments or through funds. And yet they overwhelmingly plan to keep raising their stakes as they extend their retreat from boring old cash and bonds.

Of course, valuation is a concern. PE firms in recent years paid handsomely for their investments. In the first quarter, a median buyout was priced at 14.6 times EV/EBITDA — or the ratio of enterprise value to earnings before interest, taxes, depreciation and amortization — versus 11.9 times four years earlier, according to PitchBook. By comparison, the S&P 500’s valuation multiple has fallen to just 12.8.

But the wealthy seem undeterred. Of those surveyed by UBS, 85% said they’re likely to invest early-stage companies this year, up from 74% in 2021. This is right in Tiger and Coatue’s new wheelhouse. Tiger’s latest venture fund focuses more on companies in their early stages anyhow, while Coatue reduced late-stage deals this year as well.

By now, private equity has become billionaire families’ favorite, with about 75% believing that this asset class will continue to outperform public markets. But, alas, the one category of investors that have been kept out of this are retail investors. So the rich will just get richer, while everyone else looking for the big score gets stuck chasing meme stocks and crypto tokens.

More From This Writer and Others at Bloomberg Opinion: