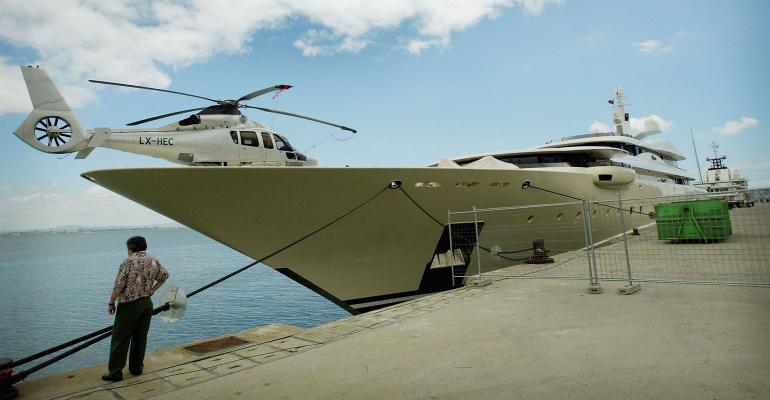 Billionaire Wealth Fell for First Time in Three Years in '18

The billionaire boom “has now undergone a natural correction."

(Bloomberg) -- The world’s billionaires saw their collective fortunes dip in 2018 for the first time in three years, erasing $388 billion of their net worth.

Asia was hardest hit, as slowing growth in China and rising U.S. interest rates resulted in an 8% wealth drop among that continent’s richest people, according to the UBS/PwC Billionaires Report released Friday. Those in the U.S. fared better, fueled by tech billionaires who numbered 89 by the end of 2018, up from 70 a year earlier.

The billionaire boom “has now undergone a natural correction,” Josef Stadler, head of ultra-high net worth at UBS Global Wealth Management, said in the report. “The stronger dollar, combined with greater uncertainty over equity markets amidst a tough geopolitical environment” were the main drivers, he said.

Excessive wealth has become an increasingly contentious issue globally, with some U.S. presidential candidates making it central to their campaigns. Senator Elizabeth Warren, a Massachusetts Democrat, has proposed a 6% wealth tax on assets over $1 billion, while Vermont Senator Bernie Sanders has said that billionaires shouldn’t exist at all. Beyond Washington, protests from Hong Kong to France are seeking a reckoning for the rich, citing decades of inequality as a cause of their frustration.

“We’ve seen that these people can be successful and drive change regardless of who’s in a leadership role on the political scene,” said John Mathews, who oversees UBS Group AG’s private wealth and ultra-high net-worth business in the Americas.

In Hong Kong, where unrest has persisted for months, billionaires are showing few signs of moving their wealth out of the city, according to Marina Lui, UBS wealth management’s head of China. “We’ve been looking every week and I can say we really can’t see much happening,” she said Friday at a briefing in Beijing.

Billionaires tend to have a long-term view on investments, and the vast majority don’t adjust their global allocations because of short-term problems in individual regions, Harry Qin, a PwC partner, said at the briefing.

The combined wealth of billionaires in mainland China dropped 12% last year to $982.4 billion, according to the report.

--With assistance from Zhang Dingmin.

To contact the reporter on this story:
Emma Vickers in New York at [email protected]

To contact the editors responsible for this story:
Peter Eichenbaum at [email protected]
Steven Crabill