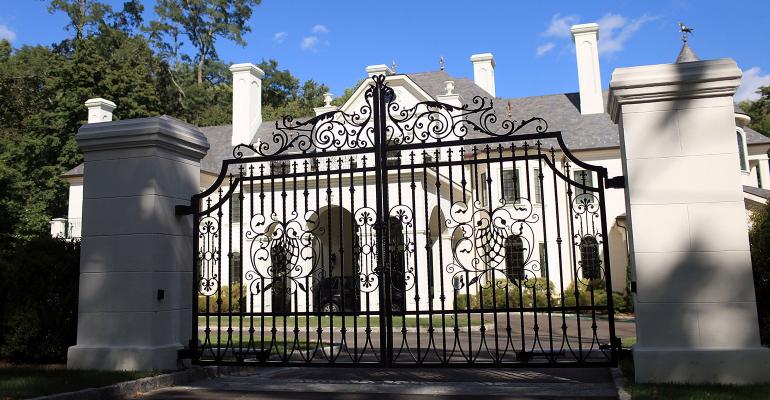 The Big Reason Whites Are Richer Than Blacks in America

(Bloomberg) --The gap between blacks and whites in income is big, but nowhere near as big as the gap in wealth. According to the Federal Reserve’s Survey of Consumer Finances, as of 2013 the median white household had $13 in net wealth for every $1 in net wealth of the median black household. For whites vs. Latinos, the gap was only a bit smaller, $10 vs. $1.

A new study trashes most of the conventional explanations—and solutions—for the wealth gap. It’s called The Asset Value of Whiteness: Understanding the Racial Wealth Gap. It’s by researchers at Brandeis University and a public policy group called Demos. The table of contents says it all:

Take college attendance. Getting a college education helps African Americans earn more money and accumulate more wealth, of course. Even so, the median white adult who attended college has 7.2 times the wealth of the median black adult who attended college, according to the study. Likewise with working full-time and raising children in a two-parent household: whites who do those things have greater wealth than blacks who do those things.

It’s natural to assume that if blacks have less wealth it’s because they’re doing less saving—i.e., more of each dollar of income is going to consumption. The opposite is the case, according to a Duke University study published last year and cited by the authors. At every income level, blacks spend less than similarly situated whites, the Duke researchers found: “Retail desertification in racially segregated neighborhoods, restricted access to affordable credit for blacks, and consumer racial discrimination, we argue, result in lower overall spending for blacks at all income levels,” they said.

To some, the report is depressing. “Bottom line, for people of color, working ourselves to the bone and doing all the right things is getting us nowhere,” Fortune Senior Editor Ellen McGirt wrote in a commentary on fortune.com.

So what does account for the racial gap in wealth? Traub admits that “we haven’t fully penetrated the mystery.” One powerful factor seems to be that whites are five times as likely as blacks to receive substantial gifts and inheritances, and the sums they get tend to be much larger. The money “can be used to jump-start further wealth accumulation, for example, by enabling white families to buy homes and begin acquiring equity earlier in their lives,” the study says.

The result is that whites’ wealth advantage—and blacks’ disadvantage—gets passed down from generation to generation. Which means that forms of racial discrimination “that happened in the past like redlining continue to show up in bank accounts today,” says Traub.

Discrimination isn’t just a problem of the past, Traub says. She points to another study she co-wrote on racial steering in mortgages. In 2012, for example, Wells Fargo & Co. paid at least $175 million to settle allegations that it steered thousands of black and Latino borrowers into subprime mortgages when non-Hispanic white borrowers with similar credit profiles received prime loans. Prosecutors called the steering a “racial surtax.” Wells Fargo admitted no wrongdoing.