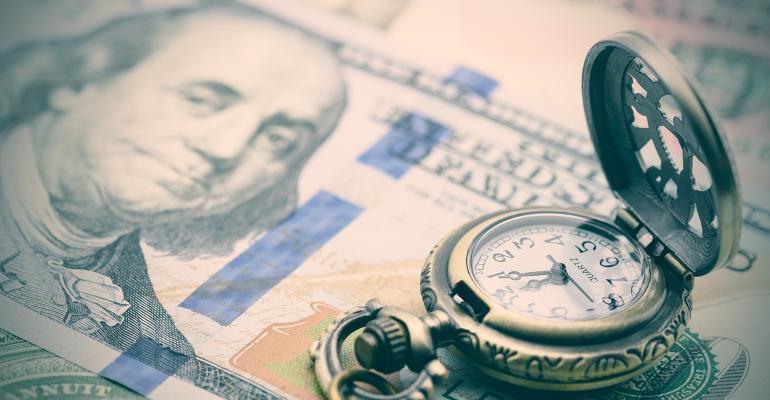 On March 28, the Biden administration released its second set of desired revenue-raising proposals in General Explanations of the Administration’s Fiscal Year 2023 Revenue Proposals, (the 2023 Green Book.) These proposals represent the first comprehensive tax proposals from the administration since Build Back Better failed to advance in Congress late last year. For tax advisors, Green Book proposals are always interesting—both for what’s included and what isn’t. While these proposals may not advance, especially given the current Congress—it’s useful to see what topics are being considered and to be able to address client concerns regarding the proposals.

In the first two pieces in this series, we looked at the attention-grabbing Billionaire tax and unpacked some of the proposed changes to popular tax planning vehicles. In this final article, we’ll focus on some seemingly harmless trust and estate administration changes that could have outsized repercussions.

Administrative Changes With an Impact

The 2023 Green Book has four proposals lumped under a single section called “Improve Tax Administration for Trusts and Decedents’ Estates,” which may appear innocuous but is actually invasive. The most concerning proposal is to require the reporting of the estimated value of trust assets. The desire to obtain information on trusts appeared last year but didn’t get much attention with all the other proposals being made. In last year’s proposed Sensible Taxation and Equity (STEP) Act, while much of the focus was on making death and gifts income tax recognition events, there was a provision that would have required trusts with more than $1 million in assets or $20,000 in income to report a balance sheet, income statement, trustees, grantors, beneficiaries and even ““a full and complete accounting of all trust activities and operations for the year.” This year’s Green Book claims that the government needs information on domestic trusts because “so much wealth currently is held in domestic trusts, the lack of this data hampers efforts to design tax policies intended to increase the equity and progressivity of the tax system.” As a result, the proposal would require all trusts with an estimated value over $300,000 at the end of a taxable year or $10,000 of income to report information about its grantor, trustees, and “general information with regard to the nature and estimated total value of the trust’s assets as the Secretary might prescribe.” This proposal would capture more trusts than the STEP Act given the lower thresholds and the information to be collected is not entirely clear given the delegation to the Treasury Department to set by regulations.

Of the other three proposals, two are familiar as they were previously in Obama administration proposals—expanding the application of the definition of “executor” under IRC Section 2203 and extending the estate and gift tax liens for property benefiting from the deferral of estate taxes for more than 10 years. With regard to the definition of the term “executor,” Section 2203 provides that if there’s no fiduciary appointed and acting in the United States, then any person in actual or constructive possession of property in the decedent’s gross estate will be treated as the executor for estate tax purposes only. In 2014, the Obama administration’s proposal identified two shortcomings of Section 2203. First, it applied only for estate taxes, meaning that no party was empowered to represent the estate regarding income taxes, gift taxes and other filing obligations without a court appointed fiduciary. Second, it was possible for multiple people to be the executor under Section 2203 by virtue of possessing even trivial amounts of the decedent’s property, and the statute provided no priority order of which person(s) would be the executor. Like the Obama proposal, the 2023 Green Book proposes that the definition of “executor” apply for all tax matters and would grant the Treasury Department regulatory authority to establish a priority order when multiple parties meet the definition.

The second repeat proposal relates to IRC Section 6324, which provides a special estate tax lien to secure the payment of unpaid estate and gift taxes. Unless the tax liability is paid, the lien remains for 10 years. The issue is that if there’s a deferral of estate taxes in excess of 10 years, for example, when an IRC Section 6166 election for a closely held business is made, then the lien expires before full payment is made. The 2023 Green Book adds a proposal to have the lien continue during any deferral or installment payment period.

Finally, and to end on a positive note, the 2023 Green Book proposes changing the cap on valuation decreases for special use property. For estate tax purposes, the FMV of property is generally determined at the property’s highest and best use. There’s an optional valuation election that can be made under IRC Section 2032A for when qualified real property or personal property can have its value reduced to reflect its actual use. This election has its limits as it applies only to property used for farming or in a trade or business where the property comprised a substantial part of the estate and the reduction in value was capped at $1.23 million for decedents dying in 2022. The proposal would increase this cap to $11.7 million effective for those dying on or after the election date.

If last year taught advisors anything, proposals aren’t guaranteed to become law. The proposals are interesting because they show that irrespective of the fate of Build Back Better, those proposals are still being worked on and being joined by even more progressive ones that will foreshadow what the Biden administration will advance publicly. With the introduction of the Billionaire tax and annual reporting on trust assets, the estate planner’s focus may need to shift even further away from transfer taxes to income taxes and information reporting.