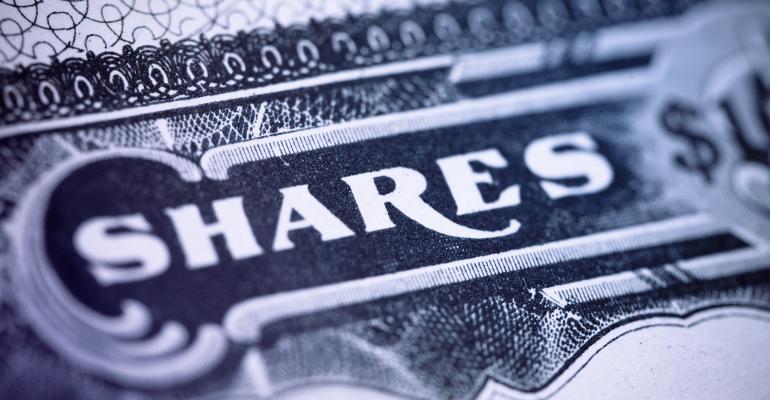 The risk of too much exposure to the future fortune of a client's company comes from more than just owning common stock.

Bonus time can be like Christmas for many clients (sometimes the two are even one and the same), but if they aren’t mindful, their bonanzas can turn into fiscal nightmares.

Cash bonuses are a simpler, less perilous matter (as long as clients are properly withholding). The real danger can arise from equity-linked compensation, like restricted shares and stock options.

The main culprit in this regard is often the risk of overconcentration. Generally, when the subject is broached, it’s in reference to a client’s portfolio of investments. In that regard, it may seem as though few client bonuses would provide stock in a volume large enough to cause concern. However, that definition of concentration is limited and shortsighted, according to John Voltaggio, a senior wealth advisor at Northern Trust.

Voltaggio is of the opinion that most employees are already so fiscally reliant on the companies that they work for that holding any further equity in the company represents an unnecessary risk. Often, dropping such shares like a hot potato is the best approach. This summation is obviously reductive, and the nature of the equity received plays an important role, but it’s the overall concept that’s important. Concentration risk needs to be considered beyond just a client’s portfolio, particularly during bonus season.

The most cut and dried case in Voltaggio’s eyes is that of restricted stock units. Restricted stock units are essentially a promise made by an employer that at some determined time in the future they will grant an employee a certain number of shares of company stock. When this date arrives, the restricted shares are said to “vest;” Voltaggio recommends immediately selling off the shares when they vest to reduce concentration. Because the market value of restricted shares is determined at the time they vest, not when they’re issued, and such shares are taxed as ordinary income based on that value, a client effectively can transform vested shares directly into cash—which can then be reinvested elsewhere for diversification—without additional tax concerns.

Employee stock options, on the other hand, require a bit more nuance. At their simplest, these involve an employer granting the employee the ability to buy a predetermined number of shares of company stock at a discounted price within a specified time period. Unlike restricted stock units, when that time period expires, the shares aren’t purchased automatically—the option to buy them simply expires, leaving the employee with nothing. The ideal situation for an employee is to exercise the option when the market value of the stock is higher than the option price (the option is “in the money”), then to liquidate the shares for a profit.

This situation provides an interesting conundrum for those concerned with concentration. To maximize the value of the options, a client is incentivized to hold on to them until the stock price goes up (particularly if it initially drops), which makes options similar to holding shares in the company from a concentration perspective. In addition to the concentration risk, options represent a sort of ticking time bomb: Whereas actual stock may eventually become worthless (through fickle market forces,) options have a set date when they definitely will be worthless. So, how long is too long to hold on to them?

For Voltaggio there’s no universal answer to these questions as the math shifts wildly depending on individual circumstance. “Employees need to quantify the true level of company exposure in relation to their overall portfolios and understand the nature of the concentration,” he says.

And, for many clients, such concentration concerns aren’t isolated incidents. Bonus season, if they’re fortunate, will come around every year, so “[Clients] need to take action on a systematic and disciplined basis to manage the concentration.” Voltaggio notes. Helping clients to understand the nuance involved in their concentration risk and enacting an effective plan to manage it is where advisors can add significant (some would say “bonus”) value.