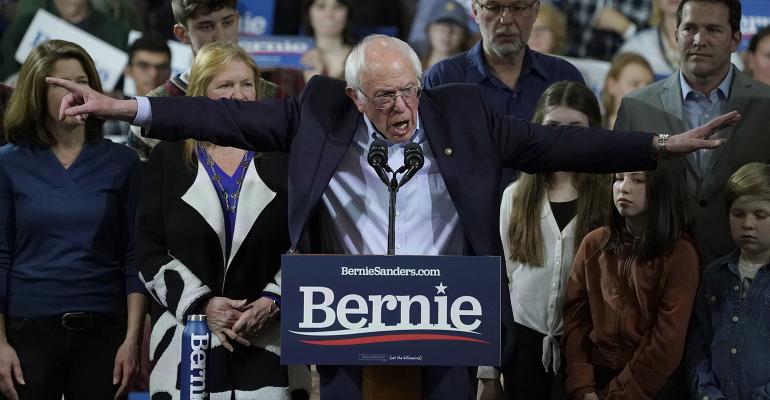 A review of three of his proposals.

Here are just a few reasons to believe he’s correct:

Increased taxes on the wealthy will be a significant source of new revenue. Sanders is one of the leading Democratic candidates at present, so his proposals to increase taxes on wealthy Americans should be closely reviewed. They include:

The idea of Senator Sanders’ wealth tax is to cut the wealth of billionaires in half within 15 years. The Senator’s website also states that “[a]ssets placed in a trust would be treated as owned by the grantor of the trust (by the person giving assets to the trust) until that person’s death.” Presumably, this means the wealth tax would apply to irrevocable trusts that estate planning attorneys, like us, have helped clients create to shift assets outside of their taxable estate for federal estate tax purposes – in other words, at least until the grantor dies. Stay tuned!

Senator Sanders introduced the “For the 99.8 Percent Act” in the Senate on Jan. 31, 2019, and his campaign website refers to this Act as being his plan as President. Among other changes:

Income taxes increase dramatically for earners over $10 million, and favorable capital gains and dividends rates are eliminated for the top 1%. In a presentation at the 2019 ACTEC Fall National Meeting in Philadelphia, “Well-Being Supported by Family Wealth — A Foundation to Flourish,” I explained why I believe that accumulated family wealth can be used to support family well-being. Therefore, I also believe it’s necessary to protect accumulated wealth from risks associated with taxation, investment, creditors and other threats. Previously, I suggested that wealthy families should be focused on using the current $11.58 million exclusion amount by lifetime gifts before it can be reduced. That suggestion still applies, but also the window may be closing to implement GRATs, make sales to grantor trusts, make taxable gifts at a 40% rate, and on and on.

Of course, none of these tax changes may actually happen. The status quo may persist.