/sites/all/themes/penton_subtheme_wealthmanagement/images/logos/footer.png
Recent
Recent
Texas REIT Managers Charged with Plot to Cheat Banks, Investors
Oct 21, 2021
How Goals Impact Our Attitude
Oct 21, 2021
Michael Kitces' #FASuccess Podcast: Jessica Hovis Smith on Creating Buy-In at an Employee-Owned Advisory Firm
Oct 21, 2021
Mindy Diamond on Independence: Why a UBS Breakaway Left a Deal Behind for Independence with Summit Financial
Oct 21, 2021
Featured
The 10 Best and 10 Worst States in Which to Retire in 2021
Jul 15, 2021
Poll: 15 Classic Books on Investing and the Markets
Apr 03, 2020
25 U.S. Markets Adding the Most Multifamily Units This Year
Feb 03, 2021
Fifteen Must-Listen Business Podcasts for Advisors
Aug 14, 2020
Bloomberg
brought to you by 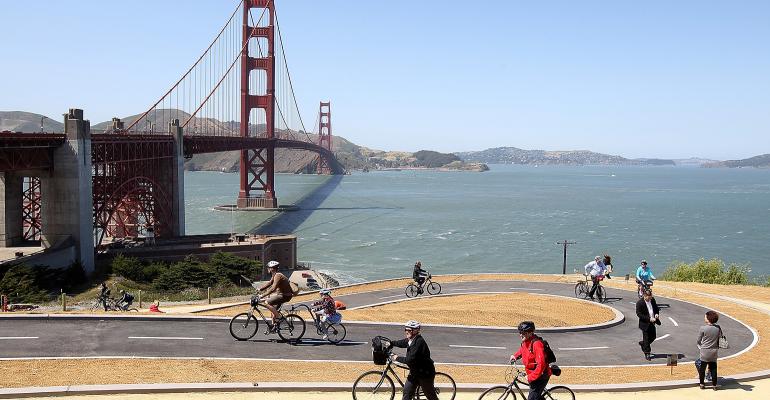 Being Rich In America Can Really Depend on Where You Live

The amount of money that qualifies as wealthy can vary wildly by city.

(Bloomberg) -- We know that the older you are, the higher you set the bar for what it takes to be considered wealthy. But an even bigger influence on that number can be where you live. Being wealthy in Denver doesn’t mean nearly the same thing as being wealthy in San Francisco, or in New York City for that matter.People living in the San Francisco Bay Area—or trying to, anyway—have the loftiest definition of what net worth you need to be rich in their city: an average of $4 million, according to Charles Schwab’s Modern Wealth Survey. And if you narrow that down just to the baby boomers surveyed (roughly age 55 to 73), the average jumps to $5.1 million.

The Schwab survey is a national sample of 1,000 respondents between the ages of 21 and 75; for city results, Schwab surveyed between 500 and 700 people in each location.

Housing is, of course, notoriously expensive and scarce in San Francisco, with even highly paid tech workers finding it difficult to afford homes. A ranking by housing website Trulia of the 100 largest metro areas found that, in late 2018, a stunning 81% of homes in the metro San Francisco area were worth $1 million or more. In 2017, that same figure was 67.3%. Across the U.S., about 3.6% of homes were worth that much, Trulia found. Those turbo-charged values, however, mean that more homes are lingering on the market in high-priced cities like San Francisco and Seattle, in part because even in such ultra-gentrified locales, the pool of people who can afford those amounts is still relatively small.

East Coast boomers in New York and Washington, meanwhile, said it would take $3.5 million to $3.6 million to be thought of as wealthy in their cities. But in the Trulia report, the percentage of homes worth $1 million or more in New York City and Washington was 10.3% and 4.9%, respectively, far below that of the Bay Area. So it would be safe to say that, in Manhattan and the nation’s capital at least, you need more walking-around money than expensive real estate to be deemed a plutocrat.

Away from the coasts, Denver had the lowest average dollar figure for what it would take to be thought of as wealthy, coming in at $2 million. It scored high on another measure—the percentage of people who said that feeling personally wealthy is more about how they live their lives than about a dollar amount. More than 75% of people surveyed in Denver agreed with that, compared with 66% for Los Angeles, which had the lowest percentage among the cities surveyed.