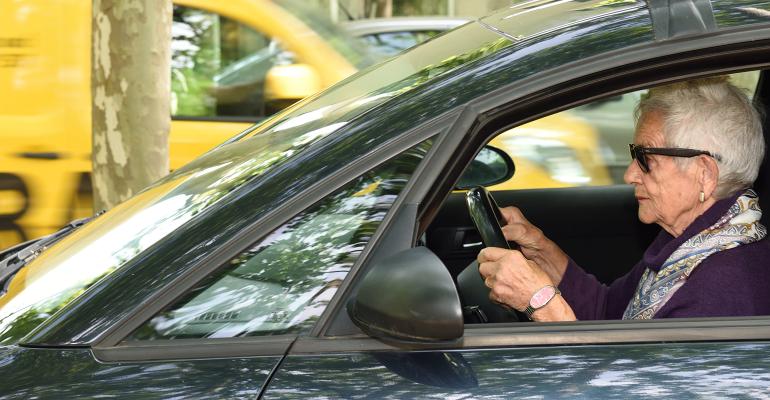 Baby You Can(’t) Drive My Car

When is it time for clients to hang up the car keys and how do you have that difficult conversation?

If you have elderly clients, you may start to realize that they’re becoming more frail or that they’re suffering from increasing memory and cognitive issues each time you see them. You may even wonder whether it’s still safe for certain clients to drive themselves to your office. Many of the changes that come with old age are upsetting, but perhaps the most disturbing change can be someone’s sudden inability to drive safely.

Many seniors are unwilling to give up their independence in any way, and having a car and being able to drive is a major part of that. Your clients may not realize how unsafe it is for them to be behind the wheel, and they may resent it if you choose to address your concerns about their driving safety with them or with their families.

However, the dangers of continuing to drive when it’s unsafe to do so are all too real. In 2014, a 79-year-old woman killed three people and injured four others at a church when she accidentally put her car in reverse instead of drive. Unfortunately, these situations are becoming more frequent. According to the U.S. Census, the number of Americans over the aged 70 is set to increase greatly in upcoming years, from 28.5 million in 2011 to 52.7 million in 2030. Statistics show that drivers over 75 have higher crash rates, including higher rates of fatality behind the wheel, than the average driver.

There are many signs that it may be time to reevaluate whether someone should drive. Signs of impaired driving include unexplained dents and scrapes on a vehicle, frequent “close calls” when driving, drifting in and out of traffic lanes, difficulty working gas versus brake pedals and a delayed response to sudden changes in a traffic pattern.

Before someone puts away the keys for good, it may be worthwhile to suggest ways to make it easier for them to continue driving. For example, many types of medications can cause delayed response times and drowsiness—advise them to see if any of those medicines can be reduced or eliminated altogether. Another good suggestion is to make sure that older drivers avoid driving in high-traffic areas, especially during rush hour. A mature driver may be able to drive to church or the grocery store, but driving on the highway could be a whole different story.

So how can you approach this difficult topic with a client or loved one who possibly shouldn’t continue to drive? One way to avoid being the “bad guy” in this situation is to suggest that the client take a driver’s test at their local DMV or driving school. If she can’t pass a simple driving test, this might help her to accept that it’s not safe for her to be behind the wheel. Clients may be more willing to hear the opinion of a neutral third party than those of their advisors or family members.

No matter what you do, it’s important to make sure that those suffering from impairments won’t be able to hurt themselves or anyone else by driving unsafely. Giving up independence is never easy, but sometimes the hardest thing to do is often the best thing for all who are involved.