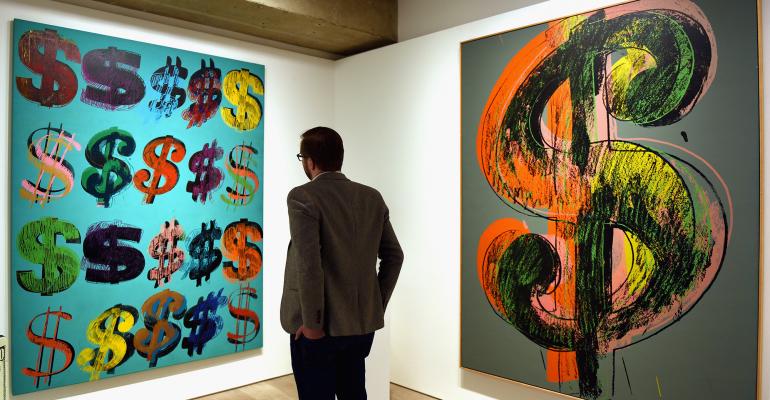 The Art of Consignment Fraud

There are many avid art collectors among high-net-worth clients, many of whom frequently look to galleries to consign artwork they no longer want. Net sale agreements are commonplace in the industry when consigning works and clients need to be familiar with the advantages and, sometimes, risks of such agreements.

Recently, a New York court dismissed a lawsuit filed by a consignor alleging that a gallery committed fraud in connection with a net sale agreement. Here’s what you and your clients need to know.

In December 2017, Michael Steinhardt entered into a consignment agreement with Hirschl & Adler Galleries. Per the agreement, the gallery took a 19th century portrait of George Washington (which Steinhardt purchased in 2006 for $5 million) “on consignment for sale to sell for ten million dollars … net to you.” In November 2018, the gallery sold the portrait for $12 million and transferred $10 million to Steinhardt. According to the complaint, Steinhardt found out the sales price when he ran into the buyer, who had the work on display in the lobby of the buyer’s company office building.

Steinhardt subsequently sued the gallery in New York state court for fraud, breach of fiduciary duty, unjust enrichment and deceptive business practices under Section 349 of New York’s General Business Law. The collector also sued the gallery’s president for aiding and abetting the gallery’s alleged breach of fiduciary duty. He claimed that the gallery wrongfully failed to disclose the market value of the work and misled him into believing that the portrait would be difficult to sell. Steinhardt also challenged the use of the net consignment agreement and claimed that the gallery and its president breached its fiduciary duty to him.

In response, the defendants moved to dismiss the complaint.

In late July, the court granted the defendants’ motion and dismissed the case. The court found the factual allegations in the complaint failed to meet the heightened pleading requirement for fraud claims, as Steinhardt failed to allege with any specificity what the discussions were between the parties, who was involved in the discussions, when the discussions occurred and what was discussed.

The court found that Steinhardt’s allegation that the gallery “knew or was reckless in not knowing that the value of the painting was much greater than it led Mr. Steinhardt to believe and that it would not be as difficult to sell” was insufficient to state a fraud claim. Per the court, Steinhardt didn’t allege that the gallery had a buyer in place for $12 million at or near the time when the agreement was signed; he suggested only that such information might be revealed if the case were to survive to discovery. As the allegation was speculative in nature, the court gave it no weight. The court found that the gallery’s purported estimates and statements about the value of the artwork and whether it would be difficult to sell were nonactionable opinions. Additionally, the court found that Steinhardt failed to adequately allege any reasonable reliance. Steinhardt didn’t allege that he asked the gallery for an estimate of the value of the portrait, and Steinhardt himself was obligated to independently assess the portrait’s value since he took the risk under the contract that the work would sell for more than $10 million without receiving compensation in excess of that amount.

Steinhardt alleged that the gallery breached its fiduciary duty to him because it used a net-to-you consignment agreement without giving him an accurate assessment of the value of the portrait. In doing so, Steinhardt relied on the Art Dealers Association of America’s Code of Ethics and Professional Practices, which states that “where a net price is quoted, the Member should make clear to the consignor that the Member will retain any amount received from a buyer that is in excess of the net price.” The court ruled that, even if the code carried the force of law, which it doesn’t, the code doesn’t help Steinhardt because he doesn’t allege that he didn’t understand what the “net-to-you” provision meant. Moreover, as a sophisticated collector and financial professional, Steinhardt could have, but didn’t, require the gallery to provide a presale estimate.

The court found Steinhardt’s reliance on Accidia Foundation v. Simon C. Dickinson Ltd., a 2010 case from the England and Wales High Court, misplaced. In that case, the seller agreed to allow its agent to sell an artwork for a “net price to seller” of $5.5 million, with a commission of “up to ten percent” above the net sales price. The agent enlisted the help of Dickinson, another dealer, to find a buyer for the work. The agent and Dickinson agreed on a “return price” to the agent and the seller of $6 million (even though the buyer was paying Dickinson $7 million, and thus the $1 million excess would be retained by Dickinson and related parties). Then, the agent told the seller that the work had sold for $6 million (thus suggesting that the only commission made was $500,000). The seller sued Dickinson, and the English court ruled for the seller. But the Steinhardt court found Dickinson distinguishable because the impropriety in that case was not the net sale agreement but rather the failure to disclose to the seller the true nature of the transaction coupled with the misrepresentation that the work had sold for $6 million.

The court dismissed the unjust enrichment claim because there was an enforceable contract between the parties, and the claim was otherwise duplicative of the fraud and breach of fiduciary duty claims. The deceptive business practices claim failed because the transaction was private in nature, and thus didn’t satisfy the statutory requirement that the allegedly deceptive practice reach consumers at large.

Net sale agreements are commonplace in the market, and the court easily found that this sophisticated collector had no legal ground to complain when the work was sold in accordance with the agreement he signed. By entering into a net consignment agreement, the collector gets the comfort that a work will not sell below a certain price but takes on the corresponding risk that the work will sell for significantly more than the net price without receiving additional compensation. Information about the value of an artwork generally isn’t unique to any dealer, and before entering into a net consignment arrangement, a collector may wish to independently consider the value of a work and/or try to negotiate additional provisions in the consignment agreement regarding the manner of sale, the disclosure required and the calculation of the commission.