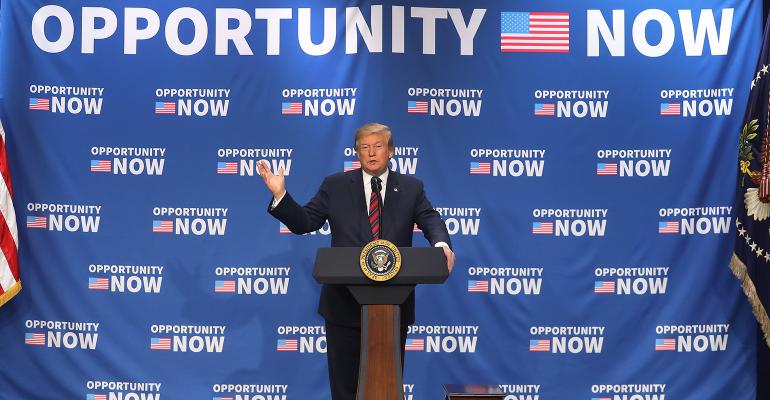 Smart data may hold the key to unlocking the mystery of this controversial program.

The Federal Opportunity Zone program, signed into law under this administration, has become controversial as the 2020 election cycle heats up. Critics say the tax incentives for investing in less well-off communities are billionaire boondoggles rather than the economic boons these communities were promised. Advocates argue Opportunity Zones have become politicized despite their bipartisan origins, and the program is a much needed jobs engine.

So which is it? Smart data operations being deployed now may hold the clue.

Here’s how policymakers, investors and community advocates can tell the difference between an Opportunity Zone boondoggle and an investment that has real positive social impact, especially in the era of pro-environmental, social, and governance (ESG) investment.

First, select the thing you want to impact. It could be the number of new jobs available in a community. It could be an increase in the income of existing residents. Selecting the metrics isn’t a small task. If the investor picks the variable to measure, it may not represent what the community considers success. But alternatively, if an investor and community get locked in a battle over what metrics should count, then deadlock ensues.

The best solution is selecting metrics that both investors and the community can agree on. The Arctaris family of funds headquartered in Massachusetts has been working on this intersection. They’ve drawn attention and investment from the Kresge Foundation, and are working to develop standards for impact that matter to both neighborhoods and asset managers.

But beyond getting to agreement, the next question is whether the metric can be moved by the investment, and how good is the investment at moving that metric.

A specialty financial administrator called NES Financial in Silicon Valley has partnered with Columbia University’s Howard W. Buffett to deploy software that measures the rate of social impact. In other words, once you have identified the metric you want to test, how much change can you generate for each dollar you invest. Some metrics can change faster than others. Jobs can become available monthly. Income may change more gradually.

Once an investor and a community can see what measurements can be moved by how much money, they can gravitate not just to the metrics they both like, but also the ones they can move the needle the most with every dollar invested.

From this perspective social impact investing becomes not just a way to test whether an impact is being made, but can help plan investments on the front end, leaning into investments that will have the biggest positive impact. There is a chicken and egg problem. If only a few funds use a measurement framework like the one NES Financial and Buffett are proposing, then it may take longer to really see what the winning investments are in terms of the most impact per dollar. But if there is broader uptake, more and better comparison is possible.

It is like any platform, especially digital platforms. The more that join, the more efficient the platform becomes.

Computers save the day

If impact is in the eye of the beholder, and a fiduciary responsibility requires social impact to be directly and convincingly linked to positive returns, how do you track all of the variables that are far outside accounting principles. It’s not just the elegance of formulas, but the ability to automate and customize the data gathering and sorting process. That is where software as a service and the evolution of finance into fintech steps in.

Fund administrators are already laying off or offshoring accountants, or consolidating in the face of low or no-fee work from exchange traded funds. How do they stretch thin human resources to address the data needs of ESG investing for opportunity zones?

The answer is automation, guided by elements of machine learning. Impact tracking has to be rigorous. But if it’s onerous, it won’t work. With Opportunity Zones, striking this balance will be important for policymakers and fund managers. For those looking for real social impact in Opportunity Zones, the path to doing it is taking shape, and it’s paved with smarter metrics and the technology that makes those metrics easier to sift and understand.

Boondoggle or boon, with or without government intervention software developers, academics and investors are on the march to figure out where the opportunity in Opportunity Zones is.