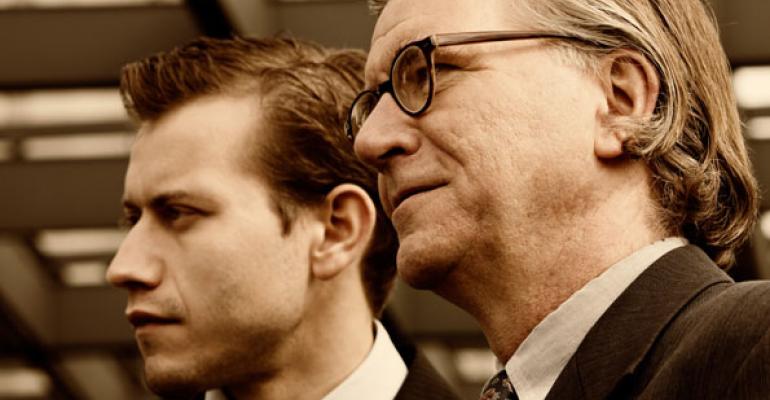 When it comes to financial education, it pays to start early, and advisors should play a meaningful role in ensuring that what’s taught is actually effective.

With the largest collective wealth transfer in human history staring Americans in the face over the next several decades, the next generation of high net worth individuals isn’t ready to receive the wealth they’re set to inherit, and the current generation isn’t preparing properly to pass it on. Advisors may be the answer, but they have a lot of work to do.

RBC Wealth Management recently released it’s 2017 Wealth Transfer Report, which surveyed 3,105 HNW individuals from the U.S., Canada and U.K. with an average net worth of $4.5 million; it doesn’t paint a particularly rosy picture as to the current level of preparedness for this monumental shifting of wealth.

According to the study, less than 30 percent of respondents have a full wealth transfer plan in place. Further, 30 percent of Americans surveyed have done no wealth transfer planning at all. The study posits that this lack of preparedness has it roots in a traditional lack of financial education, as only 37 percent of American inheritors had conversations about their inheritances before they received them. Further, only about one third of inheritors (36 percent) receive professional help or guidance post bequest.

"It's a trend that appears to repeat itself generation after generation," said Tom Sagissor, president of RBC Wealth Management-U.S.

"Discussions around estate and succession planning can be emotionally charged, so families tend to shy away from them," adds his colleague, Bill Ringham, vice president and senior wealth strategist, RBC Wealth.

Some of the most interesting takeaways from the study relate to the value of financial education, when it occurs and who does the teaching. When asked how they learned about wealth and money, half of American respondents answered “general family conversations over the course of my life,” the most popular result by far. However, when later asked to rate the effectiveness of the education they received from a particular source, “general family conversations” was considered the least effective by a significant margin. So, the most popular, and informal, method of financial education also seems to be the least effective. On the other hand, only 20 percent of Americans received information by way of a financial literacy program offered by their financial advisors. However, this select few felt they got the most effective education, rating it roughly 20 percent higher than “general family conversations.” Interestingly, the school of hard knocks (or at least as hard a knock as inheriting millions of dollars can be considered) was also a pretty effective teacher. Those who have already inherited in the past are roughly twice as likely to have a plan in place for transferring their own wealth as those who have yet to inherit.

"There are encouraging signs that the next generation of inheritors will fare better,” stresses Sagissor. “Parents today are educating their children about wealth at an earlier age and doing a better job of engaging them in conversations about the inheritance they will one day receive." According to the numbers, the age at which financial education begins has a strong direct correlation with an individual’s level of confidence about his knowledge of wealth and money. Sixty-six percent of those who started learning about money before age 18 deemed themselves confident, while only 49 percent of respondents aged 35–55—prime years in terms of likeliness to receive an inheritance—answered the same. The average respondent didn’t start their structured financial education, if they received one at all, until age 27.

When it comes to financial education, not only does it pay to start early, but advisors should play a meaningful role in ensuring that what’s taught is actually effective.