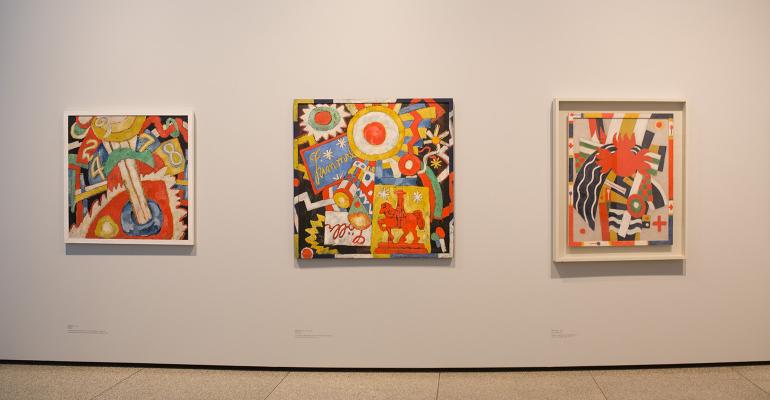 American art includes paintings, drawings, watercolors, gouaches and pastels dating from the 18th century through the first half of the 20th century with a range of genres, such as portraiture, landscape, still life, genre painting, Western art, marine art, impressionism, regionalism, social realism, modernism and illustration. Though artists in this genre are all generally born before 1910, certain areas such as the American Western art market allow for younger members who work within its defined artistic theme.

The American art market faced challenges in the period 2008-2011. While the top end held strong, the middle market underperformed, either failing to find buyers or attracting only opportunistic bidders. From 2013 through today, exuberant prices have existed in all levels of the American art market, due to the recovering economy and a resulting increased interest in art as an investment.

The sale of American art is dictated by the stature of the artist, the period in which they were working, the work's subject matter and the rarity or context within the artist's oeuvre. An interest in Modern Masters such as Oscar Bluemner (1867-1938), Marsden Hartley (1877-1943) and Stuart Davis (1892-1964) remains at an all-time high, as well as the blue-chip illustration artist Norman Rockwell, whose works outperformed expectations at recent New York auctions.

The Western art sector remains selective in the middle market, but prices at the top end of the American art market for works by Albert Bierstadt (1830-1902), Nicolai Fechin (1881-1955) and Leon Gaspard (1882-1964) remain high as rarity increases. The growth of this market has also remained relatively steady since 2008 as the economy strengthens. It has strengthened to the point of cultivating its own niche of auction sales and collecting base. Classic Western artists like Charles Marion Russell (1865-1926), Frederic Remington (1861-1909) and the Taos Society artists hold their own with new Western artists such as Howard Terpning (b. 1927), Frank McCarthy (1924-2002) and Clark Hulings (1922-2011).