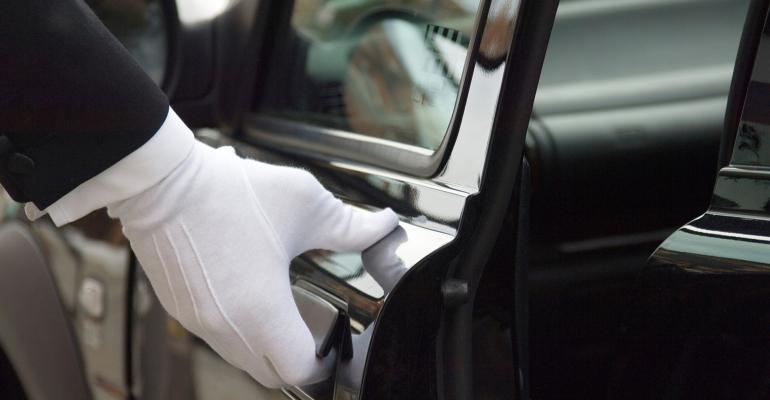 Affluenza and Its Cure

At the Family Office Exchange’s 2015 Fall Forum, Jonah Wittkamper of Nexus gave an interesting presentation about affluenza and its cure. Nexus is a global youth movement of 3,000+ next generation wealth holders, philanthropists, social entrepreneurs and impact investors from over 70 countries uniting to catalyze new leadership and accelerate solutions to global problems.

Coined by mental health expert, Jessie O’Neill, the term “affluenza” has increasingly been used over the past 15 years to describe the negative impact of wealth or desire for wealth.

In his talk, Wittkamper referenced Michael Lewis’ recent piece on What Wealth Does To Your Soul and cited numerous studies relating to how those with wealth can suffer from particular character flaws, neuroses and psychological disorders that are associated with economic privilege.  The condition of affluenza has even been used successfully to prevent a defendant from going to prison as the result of being unable to understand the consequences of his actions because of financial privilege.

For example, psychologists like Dacher Keltner have found that wealthy subjects tend to be more narcissistic and feel more entitled than their peers.  Individuals from upper classes and those who are focused on money exhibit more selfish and unethical behavior (for example, cheating to win, lying in negotiations, taking candy that isn't for them and cutting off other cars in an intersection).  Studies also show that, on average, individuals with wealth respond with less compassion and are less attuned to signs of suffering or discomfort in others.

“As you move up the class ladder,” says Keltner, “you are more likely to violate the rules of the road, to lie, to cheat, to take candy from kids, to shoplift, and to be tightfisted in giving to others.  Straightforward economic analyses have trouble making sense of this pattern of results.”

Anecdotal symptoms of affluenza include feeling isolated, anxious or depressed and using alcohol or drugs to self-medicate.  Negative health effects are also correlated with these tendencies—including higher levels of depression, anxiety, suppressed immune systems and general declines in physical and psychological health.

What's the Cure for Affluenza?

In their summer white paper, Born to Give, supported by the Whitman Institute, the Nexus team cite studies to support that developing empathy and compassion through experiential philanthropy can counter the harms of affluenza.  The solution is presented in five steps:

1. Challenge the cultural perspective. The American mental framework that people are naturally individualistic and self-serving runs counter to the evidence of how children and psychologically healthy adults behave in their natural state.  The human species appears instead to be hard wired for caring.  They posit that perhaps “survival of the kindest” is indeed the more apt description.

2. Foster empathy and compassion. The next step in battling affluenza is to create opportunities to develop empathy.  Studies suggest that as many people become wealthier, activity in the portion of their brain that displays empathy for others is suppressed.  Similarly, wealthier people tend to give a much lower percentage of their incomes to charity than those with lower incomes.  The theory is that this situational narcissism and tendency away from caring about other people can be overcome by fostering empathy and compassion.  One way to do this is exposure to books and movies with main characters encountering hardships and challenges.  Learning to see the world from other people’s perspectives is an important skill.  Another way to encourage these characteristics is to model them through discussing the plights of others with sensitivity and showing compassion by giving and performing service to those in need.

3. Encourage personal development. Affluent youth benefit from finding opportunities for personal development that might not come without orchestration.  Activities like meditation, yoga, building homes with Habitat for Humanity, mentoring preteens in the inner city or helping orphans in Africa, create personal growth.  Research shows that giving to others promotes happiness.  But before giving someone else an oxygen mask, each person must put on her own.  Accordingly, self-awareness and self-growth are essential foundations that must be built and upon which philanthropy and outward focus can then develop.

4. Offer family support. It’s even more important for young adults who can afford financially not to rely on family structures, to develop the ability to form true connections with their family members.  Many a therapist’s couch has heard the sobs of the “poor little rich girl or boy” who didn’t receive the true emotional support they needed for healthy development and to feel loved for themselves.  Far too often, children from privileged families feel that they can’t talk openly with their parents and have honest communications and true acceptance. To inoculate against affluenza, Wittkamper advises that parents should talk openly with their children about money and emotions and support them in finding ways to contribute to society to promote psychological health.

5. Expand the community. Often the affluent end up being more sheltered–surrounded by other children from similar backgrounds and with similar privilege.  Diversity in a community is beneficial, and it’s important for healthy development to interact with different types of people from varying geographic, cultural and socioeconomic backgrounds. Attending schools that value diversity, participating in activities with children from multiple backgrounds and taking advantage of other opportunities to expand one’s social circles can be helpful steps in battling affluenza by helping children of wealth to think of themselves as members of a much broader community.

In my personal experience, the overwhelming majority of wealthy families I've known have been comprised of kind, warm, well-grounded and generous individuals who show no indications of being negatively impacted by their wealth. That said, one ultra-high-net-worth client once said something to the effect of how their money was “like nuclear power—it could cause great destruction or it could be used for tremendous good.” The Nexus movement takes up that mantra and has been gaining traction and global attention to encourage that wealth to be used for good.  Last summer I attended their Global Youth Summit at the United Nations in New York and met Millennials of wealth from all over the world who are making tremendous contributions in philanthropy and impact investing. The 18 to 40 year olds with whom I interacted were engaged and enthused.  Not a sign of affluenza anywhere. So they may be onto something.

This material is provided for educational purposes only and does not constitute legal or investment advice.