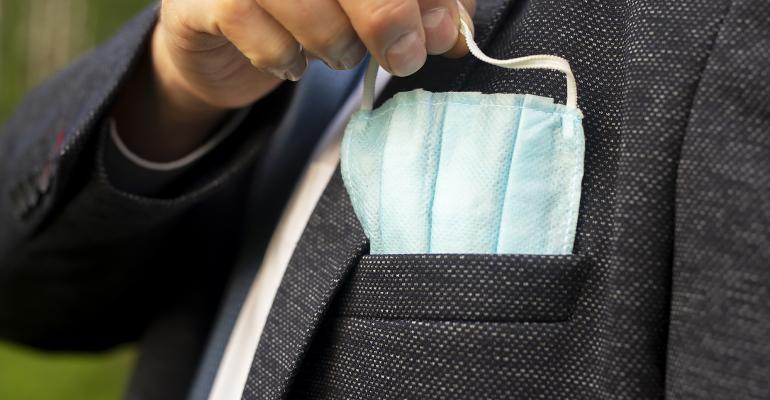 The pandemic has affected executive compensation. Here’s how some advisors are meeting the challenge.

Along with the economy, executive compensation is taking a hit due to COVID-19. Companies in some industries have asked leaders to take pay cuts. Cash bonuses, often tied to revenues and profit goals, as well as equity based compensation may, depending on the type of business, be close to zero.

That’s leading advisors to business executives to come up with creative ways to negotiate compensation packages for their clients or to adjust their financial plans around the new circumstances.

Take an airline executive, for instance, says Craig Robson, founder of Regent Peak Wealth Advisors in Atlanta, a Dynasty partner firm. A year ago, these executives were maxing out on all their performance metrics. But now revenue and earnings are getting crushed. The International Air Transport Association estimates the industry will lose some $84 billion this year due to the coronavirus-induced crisis.

“A lot of the executive compensation packages ... will be a fraction of what we were modeling,” Robson said. “This is really more of an extreme case where you have executives in a certain industry that may get zero bonus, from a cash bonus, and they get zero, their equity bonus isn't worth anything, or they won't meet the metrics, so that they won't receive any shares.”

In those instances, Robson is recommending executives scale back and reprioritize some of their goals. He’ll have a conversation with the client about the realistic outcomes to be expected for this year and next, and priorities may have to pushed out further.

Regent Peak categorizes a client’s goals into those that are mission-critical versus aspirational.

“Mission critical is, ‘I need a certain amount to live on comfortably from a lifestyle perspective,’” Robson said. Aspirational goals have to put on hold. For instance, an executive may put off gifting to charities or heirs for the time being.

From an investment standpoint, Robson doesn’t want to overreact, but he may trim some equity exposure and go to fixed income. He may trim some of the duration in the bond allocation. In March, the firm added some gold and a small amount of cash.

Robson said he is hearing from executive clients that corporate boards are concerned about losing top talent.

“These folks are working even more, and harder, and longer, than they were pre-pandemic, and receiving less compensation for it,” he said. “Boards are really concerned about this potential talent exodus during a most critical time where they really need these folks.”

That concern is leading some to issue even more equity grants to executives.

Michael Policar, a wealth advisor with Hightower Bellevue, agreed, and said there seems to be more ability now to negotiate with cash-strapped companies for non-cash compensation, such as stock bonuses or increases in stock.

One of his clients, a woman in her early 60s in the technology sector, was fighting COVID-19 while she was negotiating her comp package at a new job. Her sickness didn’t necessarily play into the negotiations, but Policar recommended she ask for more stock as part of the signing bonus. She was able to get an additional $500,000 stock signing bonus as a result.

“If somebody is negotiating or attempting to negotiate a pay increase or additional benefits, that’s where I think, especially right now when there are some unknowns in the world, I think that makes a lot of sense—asking for a non-direct-cash-related compensation item,” he said. “If you’re asking for stock, it’s a lot more doable.”

Even with better treatments for the virus there still will be companies unsure about how their business is affected, Policar added. While it hasn’t happened to any of his clients, he has heard of instances where executives have been forced to take pay cuts.

“Boards are going to be a little bit cautious in general,” he said. “They say, ‘OK, we’re going to reduce your salary by x, which allows us to not lay off a bunch of people.’ I’ve seen that at a couple different companies.”

That possibility has caused Policar to re-run some of his clients’ financial plans based on their income moving forward.

For some, he may recommend they stop funding their after-tax 401(k) and put more of their income in cash that’s easily accessible, if things get worse.

Kristina Kuprina, president of Sequoia Wealth Advisors & Investment Management, an LPL affiliate, in San Jose, Calif., works with tech executives in Silicon Valley, and says many of her clients are using the pandemic as an opportunity to re-think their lives, with some considering taking an early buyout. (In the tech industry, the retirement age is closer to 50.) Cisco is one big tech firm that’s rumored to be offering generous buyouts.

“I think that it's not just Cisco, it's going to be a lot of other companies that are going to look at how big of a workforce they need and how can they restructure, and they're going to be very generous in how they do that,” Kuprina says.

Kuprina says she’s also structuring her advice around taxes. There are two California assembly bills that would significantly raise taxes for highly-compensated people. Assembly Bill 2088, if passed, would impose an annual 0.4% wealth tax on residents with net worth of more than $30 million, or more than $15 million for married taxpayers filing separately. Assembly Bill 1253 would raise personal income taxes for the state’s highest earners. These provisions would be retroactive to the beginning of 2020 and could significantly impact executives’ compensation packages.

“A package that may have been attractive before these bills would actually be kind of detrimental to them in many ways,” Kuprina said. “So in negotiating any package, the consideration of the tax structure in this new environment is very important.”

The state may also raise taxes on long-term capital gains, which would hit executives looking to sell some of their stock in a company. A lot of Silicon Valley executives, who can now work from anywhere, are looking to buy homes in Nevada due in part to the tax considerations, she says. The housing markets in Lake Tahoe, Reno and those surrounding areas are exploding.

“Say that you have a large company stock position and you sell some in order to purchase this home,” she says. “And now you have this tax, which is retroactive to the beginning of the year.”

In advising clients on how to negotiate a better package around the taxes, Kuprina says flexibility is key. If an executive can be paid over time, rather than in a lump sum, that’s can make a significant difference in tax liability. Another way around it would be to get more of the package paid in stock, so that even if the exec were to leave the company, they can make future stock sales in a flexible manner that aligns with their financial plans and needs.