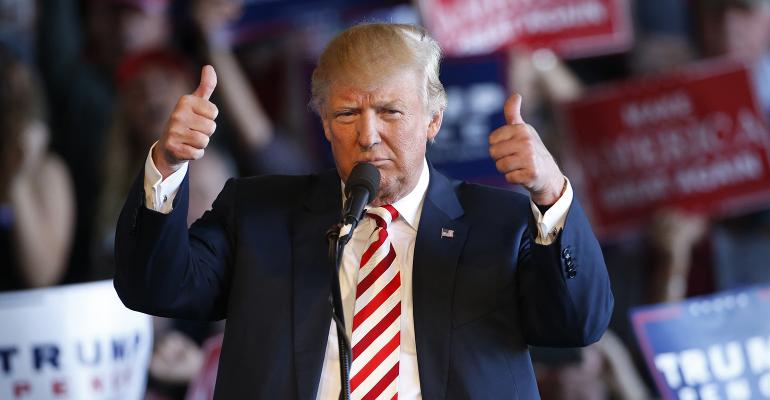 2017 Promises Only Uncertainty for HNW Clients

The upcoming election and some proposed regulations have many high net worth clients scrambling for answers.

In a media call on Wednesday, PricewaterhouseCoopers analysts said that many of their HNW clients have been thrown for a loop by the wildly divergent possibilities of the coming year and the impact they will have on their taxes.

For instance, the tax plans proposed by the presidential candidates are wildly different for HNW investors. Clinton’s plan would raise taxes for the highest earners and lower exemptions, while Trump would offer more breaks and repeal the estate tax. The only areas where the two candidates seem to agree are in harsher treatments of carried interest and foreign earnings, neither of which bodes well for wealthy taxpayers.

According to Brittney Saks, U.S. Personal Financial Services Leader at PricewaterhouseCoopers,“There’s a heightened sense of worry in general when taxes may increase. The uncertainty just makes people uncomfortable.”

Evelyn Capassakis, Principal of Personal Financial Services, said, “With exemptions so high, income tax coordination is a big issue. Getting the free basis step-up at death is increasingly important, but you still want to leverage your exemptions as much as you can because giving away assets also means that you give away the appreciation.”

But client concerns aren’t unfounded. Saks notes that while typical planning advice is to defer income and secure deductions, that may not be best advice if taxes increase dramatically. But accelerating income to try and take advantage of potentially lower rates this year may also be a trap if the new rates are made retroactive, which is (forgive me if you've heard this before) uncertain. Ultimately, she thinks clients may have to dance with the devil they know. “Clients are asking if they should carry back or carry forward, but we can only counsel them to focus on what they have control over.”

Another source of client discomfort is the IRS’ proposed changes to family business valuation discounts. If the current proposal is finalized, the regulations will remove a valuable tool from advisors’ toolboxes by ignoring some liquidity rights on intra-family transfers of family businesses (among other changes). However, PwC’s advisors think there’s a strong chance the changes will soften once the final regulations are released.

“What we have now is silence, but there’s already been some backpedaling,” Saks says. Her opinion is that it’s easier for the IRS to back off from harsh regulations in order to make them more taxpayer-friendly without a lengthy review period. “Sometimes they may throw out a harsher proposition and see what sticks.”

Regardless of the outcome, for advisors and their high net worth clients, Nov. 8 cannot come fast enough.