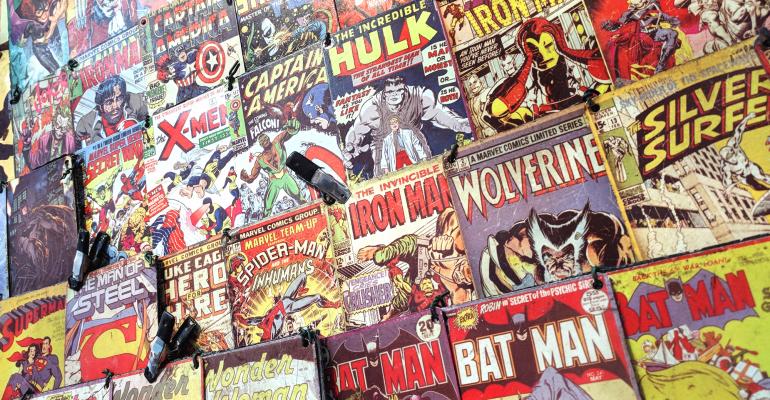 Start Slideshow ›
Whose rare books command the most money: Batman, Superman, Spider-Man or someone else?

Earlier this year it was reported that a rare Superman comic sold for a record-breaking $3.25 million, narrowly beating the previous record of $3.2 million in 2014. To many that may seem like an insane number, but the demand for comics and other superhero memorabilia is only growing. Surprisingly, even with the staggering dollar figures involved, many of these sales happen online.

According to James Andrews, a personal finance expert at money.co.uk, “There are plenty of reasons to be fascinated by comic books; the artwork, the storylines, the escapism and the emotional value they hold, to name a few. And the right books are not only carrying on the legacy of so many great fictional characters but are also increasing in value as time goes on.”

So, interested in finding out which superhero comics resell for the most, money.co.uk did some research to determine which character has rare issues with the highest median reselling price on eBay.

The superhero comic that holds the most value to potential investors is Spider-Man. In demand Spider-Man comics hold the highest median resale price at $16,330 per comic, with the most expensive Spider-Man comic listed on eBay at $89,500.

Andrews explains, “Our research discovered that in-demand Spider-Man comics have the highest median resell price on eBay. Despite being introduced to us back in 1962, these results just go to show how valuable the superhero remains to fans across the globe. Fans are equally as excited by Superman, who holds the record for highest-selling superhero comic at auction, with one supporter paying $3.25 million for a rare copy. Not only are comic books gaining more value than ever before, but the Marvel Cinematic Universe is one of the highest-grossing movie franchises of all time and it shows no signs of slowing down.”

According to the study, eight out of the 10 most expensive heroes are from the Marvel universe.

In terms of most expensive single issues, however, DC icons Superman and Batman have the most expensive current listings on eBay, both priced at $3.5 million.

Here are the 10 superheroes whose comics command the highest prices online: