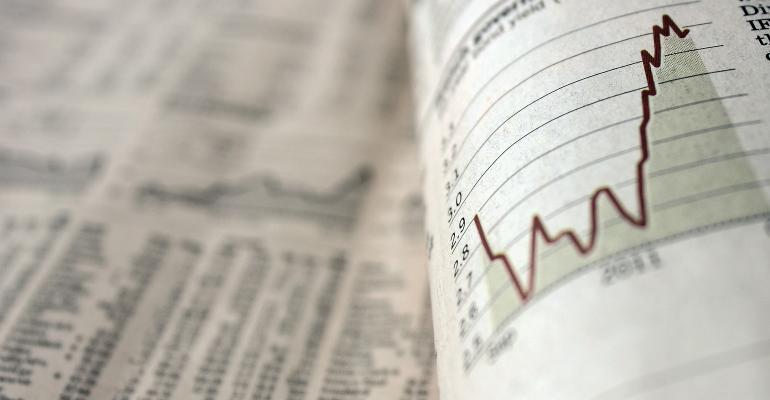 Want to Eat and Sleep Well? Look for Alternatives to Stocks, Bonds

The "new, new normal" environment of higher volatility and market uncertainty is continuing into 2019.

It has been said that in the context of an investment portfolio, equities afford clients the opportunity to eat well while bonds provide the comfort of sleeping well, analogous to their ability to provide the pillars of a long and healthy lifestyle. But, at certain stages of an economic cycle, advisors can face certain challenges that can undermine these benefits in a traditionally constructed portfolio.

As the "new, new normal" environment of higher volatility and market uncertainty continues into 2019, investor optimism has once again turned to heightened concern as the 10-year to three-month (10y-3m) portion of the U.S. Treasury yield curve inverted for the first time since 2007, concluding the longest period since the early 1960s without an inversion.

Every recession since the mid-1960s has been preceded by an inverted yield curve, but not every inverted yield curve has resulted in a recession. If the bond markets are to be believed, the likelihood of a global economic slowdown increases significantly as longer-term bond yields trade inside those on the shorter end of the fixed income curve.

Another development in the bond market has received a bit less attention but is equally important. Bloomberg recently published an article entitled The $10 Trillion Pool of Negative Debt Is a Late-Cycle Reckoning, highlighting that "the stockpile of global bonds with below-zero yields just hit $10 trillion, intensifying the conundrum for investors hungry for returns while fretting the brewing economic slowdown."

The article points out how this phenomenon can lead to questionable investor behavior, as the reach for yield leads to the increased risk of diminishing return. Considering that fixed income exposure is designed to provide some level of capital protection within a diversified portfolio, negative yields in global bonds and deteriorating risk/reward opportunities in speculative debt can erode the downside risk mitigation that has historically been the primary objective of the fixed income investor.

This "reach for yield" has implications beyond the wealth preservation portion of a client’s portfolio, as equities’ ability to drive returns can be impacted as well. One needs to look no further than the last several years of Index performance against a historical market cycle for the S&P 500 to see the massive cyclicality of risk-adjusted performance. 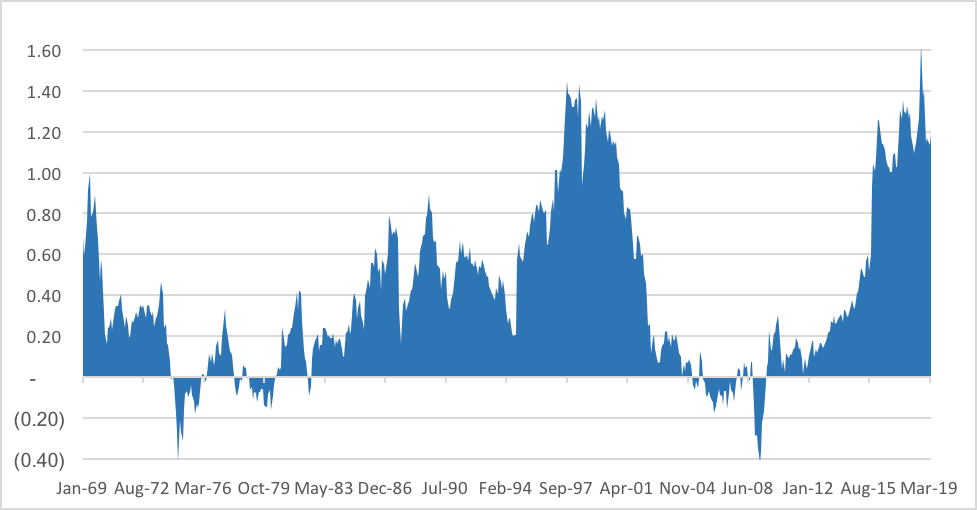 Unsurprisingly, each historical peak was followed by a multi-year period of disappointing returns for investors. After the exceptionally strong risk-adjusted performance of the late 1960s, the S&P 500 produced a cumulative return of approximately (-10%) over the next 5 years, including a peak-to-trough drawdown in excess of (-40%).

During the bull market of the late 1990s, the risk-adjusted performance for the S&P 500 peaked in mid-1998, roughly 18 months before the market top in early 2000. Here too, subsequent performance was disappointing as the Index generated a cumulative return of roughly (-10%) over the next 10 years, including two separate drawdowns exceeding (-40%).

Given the tremendous environment for equities over the trailing 10 years—abnormally high returns, with historically low levels of volatility and effectively zero interest rates, a reversion to the “risk-adjusted mean” appears exceedingly reasonable, and investors need to be prepared for such an environment.

What this means for client portfolios

Given the muted return potential for fixed income and looming risks associated with long-only equities, advisors must identify alternative sources of return and risk-reducing strategies away from traditional assets.

Securitized credit and corporate bonds undergoing some form of structural change through an “event”—e.g. a balance sheet recapitalization or a debt restructuring—can function as a high-quality upgrade versus traditional fixed income exposure. With over half of the $5 trillion U.S. investment grade bond market now rated “BBB” (the lowest S&P investment grade rating, just above “junk”), the opportunity set for event-driven credit gets more compelling by the day on both an absolute and relative basis.

Similarly, the secular dynamics in global technology and healthcare have created a “rising tide” environment for most equities. More recently, we have started to see a growing delineation between the potential long-term winners and losers in these transformational sectors, creating a tremendous backdrop for those investment strategies built to capitalize on stock prices rising and falling within certain segments of the global marketplace.

Considering what traditional markets are telling us about future returns and increasing risks associated with the status quo, the time to develop a prudent, strategic plan is now.

Joseph Burns is Managing Director and Head of Hedge Fund Origination & Due Diligence at iCapital Network where he is responsible for leading the single-manager analysis and developing multi-fund solutions for clients. Visit www.icapitalnetwork.com for more information.