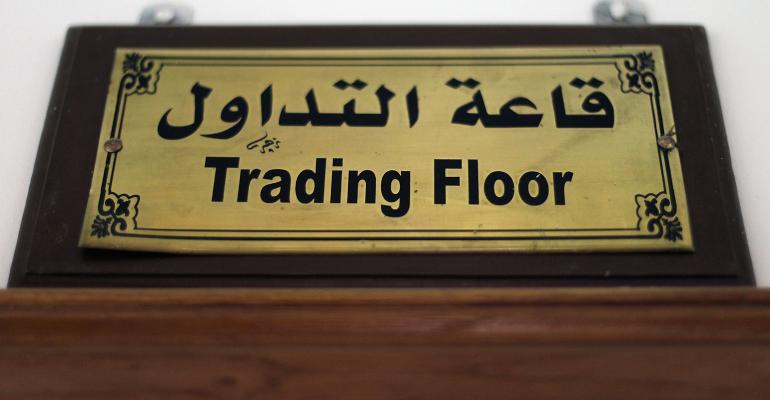 The strong demand for debt issued by non-democratic governments partly reflects the market’s hunger for better returns and its hunt for stability.

(Bloomberg) --Democracy doesn’t matter. That’s the message traders are sending as they continue to gorge on bonds from some of the world’s most authoritarian governments.

Wall Street soaked up junk-bond deals this month from Tajikistan and Bahrain, both of which are regarded as some of the most autocratic regimes as ranked by Washington-based Freedom House. Demand for the Central Asian republic’s debt was so high last week that it was able to cut borrowing costs by almost a full percentage point from its initial target. The Middle East kingdom sold $3 billion of debt on Wednesday, its biggest sale ever. These deals come as dollar bonds from Iraq, Ethiopia and Cameroon -- also on the watchdog’s list of “not free” countries -- have all returned more than 15 percent this year versus the emerging-market average of 9 percent, according to data compiled by Bloomberg.

The strong demand for debt issued by non-democratic governments partly reflects the market’s hunger for better returns and its hunt for stability, sometimes at the expense of ethical questions. In an authoritarian regime, investors generally have a clearer picture of the future because they don’t have to worry about things such as messy elections or the bureaucracy of decision making.

“The quest for yield squeezes money into some strange places,” Paul McNamara, who oversees $8.6 billion in emerging-market debt at GAM UK Ltd., said by phone from London. “As the market goes up, people will buy almost anything.”

The risk premium on developing-nation sovereign bonds dropped to 286 basis points as of 9:28 a.m. in New York on Thursday, according to JPMorgan Chase & Co. indexes.

In Tajikistan, President Emomali Rakhmon has held power for a quarter century and won a referendum last year that ended term limits for his office. His government sold $500 million of Eurobonds at a yield of more than 7 percent. Demand was so high it knocked about 90 basis points off the initial price even with a credit rating six steps below investment grade at S&P Global Ratings.

The nation, whose longest road has been known for its use by drug smugglers, recently endured a banking crisis, bouts of social unrest and tensions with its neighbor to the west Uzbekistan. Bondholders have no real assets to attach to in the event of default.

Tajikistan’s dollar-denominated notes offer emerging-market bond traders diversification, according to Shahzad Hasan, an emerging-market debt portfolio manager at Allianz Global Investors in London, which has $511 billion under management. He pointed to the nation’s strong link to Russia’s rebounding economy and China, where foreign direct investment is likely to improve.

“The Tajik deal is remarkable,” said Christopher Hays, an emerging-market credit strategist at TCW Group Inc., which oversees more than $10 billion in the asset class. “The fact that they were able to price this at such a tight level is a reflection of both the supportive EM macro environment along with a very strong technical environment.”

Bahrain’s multi-billion dollar sukuk sale this week totals about 10 percent of the nation’s economic output. It’s the only Gulf Cooperation Council nation rated junk by all three major credit rating companies. The kingdom has also been at the center of regional tensions since June that pit it, Saudi Arabia and the U.A.E. against Qatar.

Ashmore Group Plc, JPMorgan Chase & Co.’s asset management unit and BlackRock Inc. are among the firms to recently increase their exposure to the country’s debt, according to data compiled by Bloomberg.

Sergei Strigo, the London-based head of emerging-market debt at Amundi Asset Management, which oversees more than $1 trillion, said in an interview his firm runs environmental, social and corporate governance assessments for its investments and none of the recent issuance raised any red flags.

“Look, the country is not under sanctions, so investors are allowed to trade it,” he said of Tajikistan. “Everyone has to make their own assessments.”