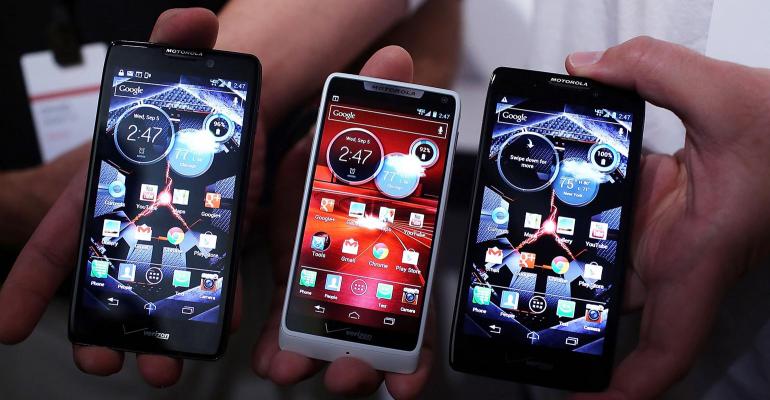 (Bloomberg) -- Verizon Communications Inc. is taking steps toward issuing the first bonds in the U.S. that would be backed by customer payments for mobile phones, according to a person familiar with the matter.

The largest U.S. wireless carrier has held discussions about a deal with ratings firms, including Standard & Poor’s, and in recent weeks has met with investors to map out its first asset-backed offering, said the person, who asked not to be identified because the information is private. The company has told potential investors that it could start selling the securities as early as June or July, the person said.

The telecommunications provider is seeking bond grades as high as AAA, the person said. If the deal receives strong demand from investors, Verizon could develop a more regular issuance program with offerings up to four times a year, the person said.

International telecommunications companies have used similar maneuvers in issuing debt, and other U.S. wireless carriers, such as Sprint Corp., have taken similar steps in bundling payments, although they’ve stopped short of issuing securities. Verizon would be the first carrier to issue bonds in the U.S. using customer installment payments as collateral.

Wireless carriers used to lock customers into two-year contracts by selling phones below cost. Today, mobile operators spread the full cost of the phone over 24 monthly payments. The popularity of zero-rate, no-money-down offers has given carriers a new cash stream that can be securitized. The country’s four biggest wireless companies reported more than $14 billion of installment plan receivables as of the end of September, as well as more than $4 billion of leased phones, according to Moody’s.

Verizon’s Chief Financial Officer Fran Shammo said at an investor conference in March that the company was exploring how to securitize customer contracts to help lower its capital costs. Securitizations would reduce its reliance on new corporate debt and help free up cash.

Regular issuance of the securities could also help Verizon elevate its corporate debt rating to A-, a goal Shammo mentioned at the March conference. S&P currently has a BBB+ rating on the company.

Creating a liquid market for the bonds would be a boon to wireless carriers seeking to reduce their operating and funding expenses. Moody’s Investors Service said in February that trading in debt that draws on monthly phone installment-plans ultimately could reach into the tens of billions of dollars.