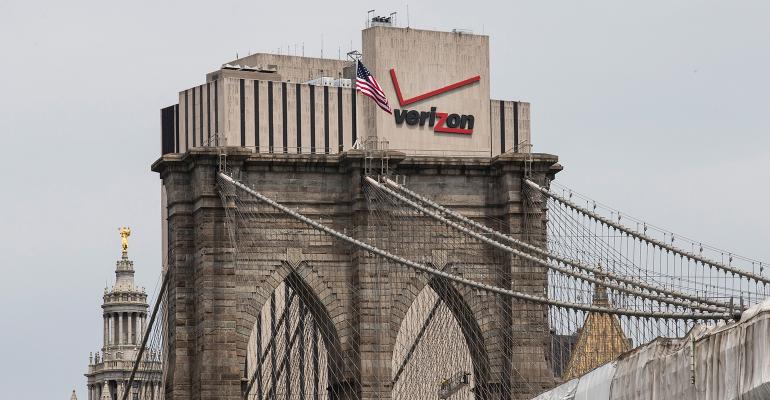 No bill has been introduced before Congress, yet companies are already taking steps to save once tax reform takes shape.

(Bloomberg) --Some of the world’s biggest companies are readying their balance sheets for tax-law overhauls before a single bill has been introduced in Congress, trades that can net them millions of dollars in savings if rules are reworked.

Behemoths like Verizon Communications Inc. and Time Warner Inc. are buying back bonds they’ve issued, and selling new ones. These transactions can make sense even if tax laws don’t get refashioned, but at least part of the motivation for two deals over the last five months was to get ahead of possible tax law changes, according to people with knowledge of the deals.

More companies may look to do similar transactions in the coming months, one of the people said. Citigroup Inc.’s financial strategy and solutions group, which advises issuers on corporate finance, told clients in a note last week that they should consider steps including buying back debt at prices above face value before the rules are changed.

By buying back bonds now that trade at prices above their maturity values, companies are essentially pre-paying interest, which they can deduct from their income while tax rates are still high. That will prove wise if tax rates end up falling, reducing the value of the deduction, or if the deduction ends altogether, both of which have been proposed by Republican lawmakers.

Verizon last week sold $11 billion of bonds in part to position for possible tax law changes. It used a portion of the proceeds to buy back $3.1 billion of notes for about $3.9 billion, allowing it to eliminate some of its debt maturing next year in addition to longer-term bonds. Spokesman Bob Varettoni declined to comment.

Late last year, potential tax law overhauls helped spur Time Warner to pay investors about $3.9 billion, plus accrued interest, to buy back debt with a $3 billion face value. Time Warner spokesman Keith Cocozza said “tax reform was not a primary driver for the transaction” but that the deal was executed in a way that allows the company to benefit in case of tax law changes.

The deals often make sense even without any possible tax benefits because interest rates, and potentially longer-term bond yields, are rising. Buying back debt that matures in the next few years for example, and issuing new bonds maturing in say 10 years, makes sense for many companies looking to keep a lid on their interest expenses, if yields end up rising fast enough.

“Under most circumstances, these actions are likely to have only limited downside risk if tax reform fails,” Khorana said.

Any tax-law overhaul could make a big difference in how companies choose to finance their businesses. House Republicans last year proposed eliminating companies’ ability to deduct interest payments, which would make it more expensive for companies to borrow. That change was meant to help pay for the lower federal revenue that would result from their plan to reduce corporate tax rates to 20 percent from the current 35 percent.

President Donald Trump has called for corporate tax rates to be cut to 15 percent, and to allow companies to elect to stop deducting their interest payments.

“While there is considerable uncertainty around the final shape of tax reform, there are a number of tactical actions that companies should evaluate,” Citigroup’s Khorana said. “Of particular focus are transactions that can bring tax-deductible expenses forward to benefit from the current higher corporate tax rate.”

The timing of potential changes to the tax code also remains unclear. Trump said this week that his administration wants a “very big tax cut,” but must first repeal and replace the Affordable Care Act, a message Republican leaders have echoed. The White House is talking with conservatives in the House of Representatives about the health-care bill, which may clear a key procedural step on Thursday before getting to the floor. Even if the law eventually clears the House, its fate in the Senate is unclear.

The Citi strategists said changes may come in late 2017 or early 2018 at the earliest.

“It’s a hot market and you can push out some maturities so that if anything happens on the tax side you’re fine,” Farley said.