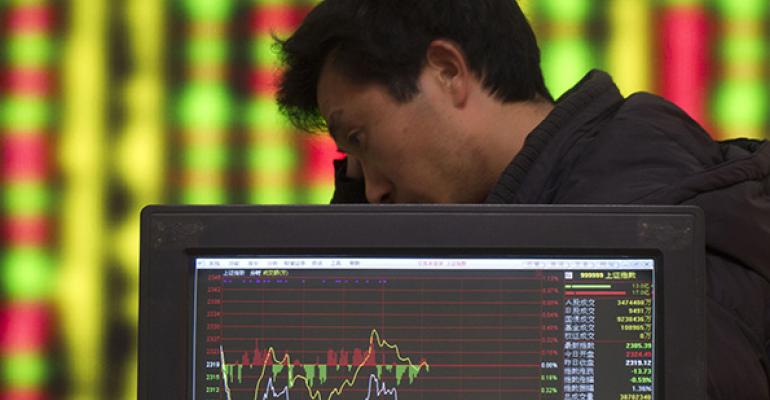 Rob Waldner, chief strategist for fixed income at Invesco Advisers, says investors should turn to emerging markets and other places outside the U.S. to find value.

(Bloomberg) -- Investors should turn to emerging markets and other places outside the U.S. to find value—including Chinese government bonds—as progress on a Covid-19 vaccine accelerates, according to Rob Waldner, chief strategist for fixed income at Invesco Advisers.

Waldner, also head of macro research, spoke with Ilya Banares on Nov. 24. Comments have been edited and condensed.

How are you playing credit?

The fundamentals behind credit are very solid right now because we are recovering from this coronavirus-induced recession. Credit will perform very well going forward -- the caveat here is, of course, valuations are very tight because general fiscal and monetary policy has been extraordinarily aggressive.

We think credit investors probably want to start potentially looking elsewhere and add yield to their portfolio. That would be emerging markets or outside the U.S. As we get a vaccine and move through the rest of the pandemic, that will be positive for emerging market growth.

Where are you finding value now?

Chinese bonds in local currency, from a risk-reward perspective, are not super yieldy, but they’re also very, very low risk. They are a great investment opportunity now.

There’s multiple reasons for this -- China has managed this virus better than most countries. Also, interest rates in China are unchanged this year, while in the U.S. they have dropped tremendously. The opportunity in the U.S. looks much less compelling now. Third, there’s a tremendous amount of capital flow going into Asia and into China, which is supporting these currencies.

We would recommend buying government bonds in China, not credit, which is too risky in China.

What do you think of President-elect Joe Biden’s pick for Treasury secretary?

Janet Yellen is a very measured person and she’ll probably do an excellent job. We think she’s a positive for credit markets, including high-yield. There will be additional stimulus -- it will not be what Democrats in Congress were trying to get before. Markets are expecting Republicans to win at least one of the Senate seats in the Georgia runoff, and if that happens the stimulus will be much lower. We would expect something in the order of $1.4 trillion. Travel and hospitality industries are in a great position, given the potential for a stimulus.

What are the risks heading into 2021?

One of the biggest risks that we see out there is miscommunication about Fed policies. The Fed has told us they’ve changed their framework to keep rates low for a very long time, and if they get some kind of communication error where the market starts to get concerned that they may lift rates sooner, then you would see a big move interest rates across the yield curve -- and that would be very negative for everything.

Around the virus, we’re probably going to get less risk. It doesn’t seem like we’re going to get more risk next year. In terms of Biden, the question would be what happens in China. If they reduce tariffs, that would boost growth. The Trump administration had a very competitive relationship with other countries around the globe, and Biden’s administration could be more constructive.