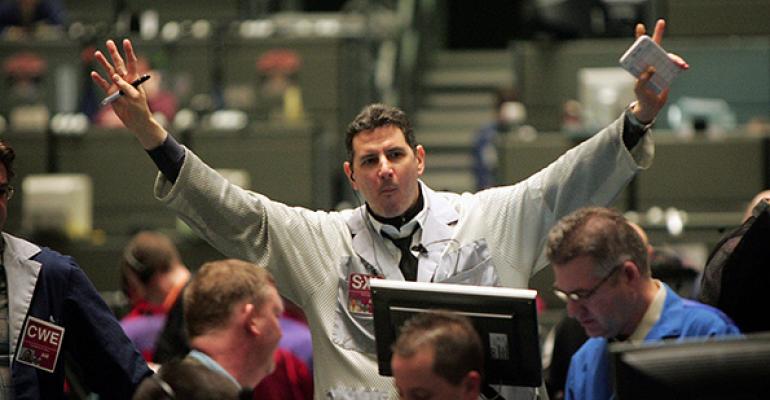 (Bloomberg) --How much staying power does the Trump trade have? The answer may depend on an infinitesimal move in bond yields.

Traders are watching a key technical resistance level within 10 basis points of the 2.33 percent threshold that’s proved elusive since the November election, signaling a Fibonacci retracement of the move in 10-year yields since July’s trough. A break below that line could be a day of reckoning for reflation trades that have sent both stocks prices and bond yields soaring. Investors are reevaluating their optimism around President Donald Trump’s fiscal stimulus as the Fed keeps its economic growth prediction over the next three years unchanged. The U.S. central bank left the “dot plot” unchanged when it raised its benchmark March 15, belying the hawkish tone struck by policy makers in the days before.

The Fed’s tone has led to repricing of forward rates, further narrowing the spread against nominal yields as elevated optimism over Trump’s fiscal policies fade. The forward rates, derived using interpolation of rates from the yield curve, imply the 10-year bond will yield 2.89 percent in two years, almost matching the median of forecasts in a Bloomberg survey for the end of this year. The narrowing spread between bonds and forward rates has boosted the appeal of Treasuries.

Treasury yields are trading at 2.41 percent, 23 basis points below their post-Trump peak. Falling oil prices are damping expectations that consumer prices will pick up much beyond where they were the day of the U.S. election. Forward inflation swap rates imply inflation of 2.38 percent over five years, compared with 2.20 percent then.

The cost of insurance to protect against inflation going above 2.5 percent in two years has fallen to 44 basis points from a 3 1/2 year high of 61 basis points touched in December.