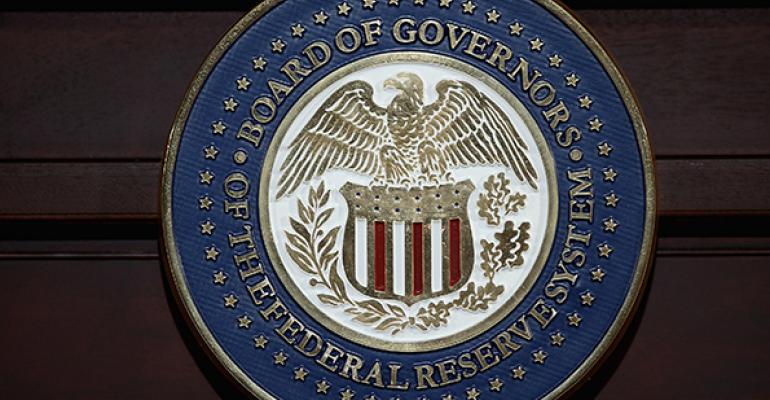 (Bloomberg) -- U.S. Treasuries led gains by government bonds across the developed world after the Federal Reserve left interest rates unchanged on Wednesday and signaled it was in no rush to act.

The yield on the Treasury 10-year note slipped to the lowest in a week, while that on similar-maturity German bunds slid the most in more than a month. Japanese bonds advanced after the Bank of Japan kept its policy unchanged, sparking a selloff in stocks. BOJ Governor Haruhiko Kuroda said after the decision that the central bank would add to stimulus if needed. Italian bonds headed for their first back-to-back gains this month.

Inflation data from Germany, Europe’s largest economy, provided more reasons for central banks to maintain their easing-bias stance, with consumer prices either dropping or increasing at a slower pace last month among states to release data for April, before a nationwide report later Thursday.

Bonds in the euro region have been supported by the European Central Bank asset-purchase program of 80 billion euros ($91 billion) a month. The BOJ’s policy mix includes an 80 trillion-yen ($740 billion) target for expanding the monetary base, a 0.1 percent negative rate on a portion of the cash lenders park at the central bank, and a program to buy riskier assets including stocks.

“It’s hard to get yields higher when central banks are keeping a dovish bias and rates are extremely low,” said Allan von Mehren, chief analyst at Danske Bank A/S in Copenhagen. “The BOJ will have to move sooner or later and the market will start pricing that in again.”

Futures traders assign a 21 percent chance the Fed will raise rates from the current range of 0.25 percent to 0.5 percent by June, and a 65 percent probability of an increase this year. Policy makers raised the key rate in December for the first time since 2006.

The Treasury plans to sell $28 billion of seven-year notes Thursday, as well as $15 billion of two-year floating-rate securities. The notes due in April 2023 yielded 1.62 percent in pre-auction trading, compared with 1.606 percent at a previous sale of seven-year debt on March 30.