/sites/all/themes/penton_subtheme_wealthmanagement/images/logos/footer.png
Recent
Recent
Seven Must Reads for the CRE Industry Today (May 24, 2022)
May 23, 2022
Investment Activity in the Skilled Nursing Sector is Ramping Back Up
May 23, 2022
NASAA Approves Model Rule Targeting Unpaid Arbitration Awards
May 23, 2022
New York Tax-Paying Residents Were Moving Out Even Before Covid
May 23, 2022
Featured
The 10 Best and 10 Worst States in Which to Retire in 2021
Jul 15, 2021
Poll: 15 Classic Books on Investing and the Markets
Apr 03, 2020
Fifteen Must-Listen Business Podcasts for Advisors
Aug 14, 2020
Celebrity Estates: Jay Leno and Planning for Classic Car Collections
Feb 22, 2022
International Investing
brought to you by 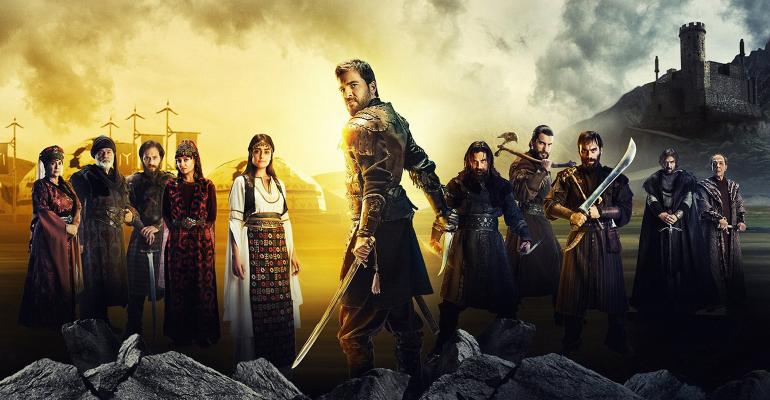 These Are the Bonds of Our Lives: Turkey to Securitize TV Dramas

After years of bankers engineering ways to invest in everything from David Bowie's album sales to dirty laundry, a bond sustained by Turks’ appetite for melodrama shouldn’t stretch the imagination.

By Tugce Ozsoy and Kerim Karakaya

The company behind the show Resurrection Ertugrul credits it with lowering the crime rate. President Recep Tayyip Erdogan deployed it in the service of the country's image abroad when he flew cast and crew to Kuwait last week. And now the head of the Borsa Istanbul wants it to lend sparkle to the nation's financial markets.

Borsa Istanbul Chief Executive Officer Himmet Karadag says he plans to securitize the income of the Ottoman drama, which is now in its third season, and narrates the 13th century origins of the dynasty that ruled from almost Vienna to Tehran at its height. That Resurrection's reach is wider still makes it an obvious choice, he says, for foreign investors wanting to buy into one of Turkey's sturdiest export industries.

After years of bankers engineering ways to invest in everything from David Bowie's album sales to dirty laundry, a bond sustained by Turks’ appetite for melodrama shouldn’t stretch the imagination. In the last decade the industry has gone stratospheric, with the national exporters' association claiming to export more of these cultural products than any country but the U.S.

The plan, which Borsa executives say they'll soon pitch to other shows, casts a spotlight on the industry which has been much hyped as a tool of soft power, but whose financials can lack the predictability of its plot lines.

"If you ask me this is a bigger gamble than a David Bowie album," said director Yusuf Pirhasan, speaking by phone from the set of his new hospital drama, where he was orchestrating a four-minute, four-way fight scene.

"This is stuff the best minds in the business can't predict," he said. "You can have a huge budget, big-name stars, an experienced director and still produce a flop, but hits that come out of nowhere are just as common."

That's borne out by the fortunes of a show like Life Song (Hayat Sarkisi), which didn't have household names attached to it but which edged out more established programs to dominate the coveted Tuesday evening slot, putting it in line for advertising windfalls. In an attempt to capitalize on its new audience the channel replaced it with a bigger-budget production that had everything in its favor, including Haluk Bilginer, alum of London's best-loved soap EastEnders. The new show was axed after six episodes.

"We're in a high-risk industry, and it's hard to explain to an investor who doesn't understand the sector's dynamics," says Istanbul-based producer Esi Gulce.

Back in his office, Karadag said he's already worked out how the instrument will be structured. He says he'll organize a gong ceremony at the bourse with Resurrection's cast -- a prop that will suit the mood of the drama, whose costume department is heavy on armor.

He has advertising covered: "They're on air anyway, so it doesn't even entail a roadshow."

The rewards of success are well dramatized by Magnificent Century, which hit screens at the start of 2011. It also hints at its pitfalls.

The show featured the harem-based antics of the court of Sultan Suleiman the Magnificent, and was one of the first Turkish series to command a global reach. The show that launched a thousand op-eds coincided with what's been labelled the Neo-Ottoman turn in Turkish foreign policy, and became popular even in the empire's former domains.

Magnificent Century: Kosem -- a spin-off set a few generations later -- bagged one of Turkey's highest paid actresses for the title role, but last week it commanded the second-smallest audience share of 39 competitors that week.

Still, Kosem justifies the 45 million liras ($13 million) investment it's made in replica Ottoman palaces on the outskirts of Istanbul -- a fact that owes something to productions' shifting balance of income, as the industry has reoriented itself for export.

A series like Kosem can fall short of expectations at home and still make a lot of cash, because viewers in Chile or Dubai are demanding its second season.

Even a few years ago, shows made good profits at home while "international sales were almost a bonus," said Izzet Pinto, who runs an agency selling the rights to Turkish serials abroad. But a new spirit of ambition means "shows now often lose money in the local market, so they need to both recover losses and make back their money from international sales."

That's turned the soap industry into an explicit race for foreign attention, even while storylines tiptoe around Turkish social mores. That Fox TV Turkey was fined three years ago when the local version of Desperate Housewives featured "a suggestive dessert" hints at some of the pressures at play. But international attention has altered output. Budgets are up: the average episode of a drama with heavyweight ambitions now averages 1 million liras, according to three people interviewed for this article. Comedies are out: they don't travel.  And it means channels have less patience. Gulce, who responded to emailed questions from Kosem's editing suite, where she was putting the finishing touches to the 17th Century capture of Baghdad, was one of several industry professionals who said the climate of competition has engendered a new ruthlessness. Global Agency's Pinto estimates more than half of new shows are axed mid season.That poses a problem: "It just isn't possible to guarantee either how long a TV project will last, or whether it'll do well abroad," said Gulce. The head of the bourse remains undaunted: "If it weren't against the rules, I'd be first in line to buy."