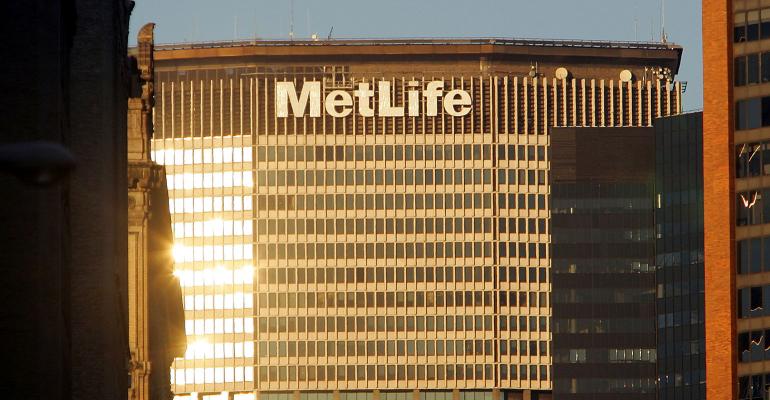 That’s the value of the fixed-income investments held by his company, the largest U.S. life insurer. When bonds mature, which happens a lot in a portfolio of that size, he typically has to reinvest at rates that have been suppressed by years of central bank stimulus policies.

The rest of the industry has been suffering, too, with the S&P 500 Life & Health Insurance Index on pace for a third-straight annual decline. MetLife, No. 2 Prudential Financial Inc. and American International Group Inc. are all expected to report a drop in operating earnings per share this week, according to analysts surveyed by Bloomberg.

“It’s a slow bleed,” Alessandro Valentini, a portfolio manager at Causeway Capital Management LLC, which oversees $40 billion including investments in Prudential, said of the pressure from low interest rates. “But it’s clearly an issue.”

Low rates may prove a more enduring challenge than even Kandarian’s fight against government regulation. He told a panel of regulators in 2014 that the biggest risk for his company was being designated a systemically important financial institution, a tag that can bring tighter capital rules. The next-largest challenge, he said, was persistently low bond yields.

In March, a federal judge struck down the SIFI label for the company, a ruling that is being appealed by the government. But yields on 10-year Treasuries are stuck below 2 percent, less than half the average over the past two decades. And MetLife stock, even after a rally on the judge’s decision, still trades for less than its 2013 closing price.

Still, the CEO said there is plenty for the company to do to improve its long-term prospects. Kandarian has charged some policyholders more for retirement offerings and shifted the company’s product mix to focus more on businesses such as workplace benefits and third-party asset management.

Kandarian even announced in January that he was weighing a possible sale, spinoff or public offering of a domestic retail unit. An exit from that operation would limit risks tied to variable annuities, retirement products where results are pressured by low interest rates.

Prudential, which counts Japan as its second-largest market, is favoring 20-year to 40-year government bonds in that country rather than shorter-duration securities that can have negative rates. The Newark, New Jersey-based insurer has dropped 4.6 percent from Dec. 31 through Friday after falling 10 percent last year and 1.9 percent in 2014.

Allstate Corp., which relies more on property-casualty insurance, announced in March that it helped form a rail-car leasing company. Life insurer CNO Financial Group Inc. said the next month that it would invest $250 million with Tennenbaum Capital Partners, including a bet on direct lending.

Insurers are “looking at areas where there may be yield that is outside of their historical sweet spot,” Steven Schwartz, an analyst at Raymond James Financial Inc., said in a phone interview. “You’ve seen a number of companies enter bank loans. You’ve seen companies enter real estate.”

Doug Kass, the founder of Seabreeze Partners Management, has said that one way to profit from low interest rates is to short the stocks of life insurers.

“The reinvestment challenges are profound in a lower-for-longer interest-rate environment,” he said in a Bloomberg Radio interview on March 29. The investor has written about how he bet on declines of MetLife and Lincoln National Corp., which is down 14 percent this year.

Billionaire Warren Buffett, whose Berkshire Hathaway Inc. owns one of the world’s largest reinsurance operations, said at his company’s annual meeting Saturday that low bond yields have hurt that industry as well.

“It is no fun running a traditional reinsurance company and having money come in, particularly in Europe,” Buffett said. Businesses in the industry “look around for investment choices and find out that a great many of the things you were buying a few years ago have negative yields.”

There are other headaches for the life industry. The Labor Department announced rules in April that will add more hurdles to selling products including variable annuities, which are already selling at a slower pace than a decade ago. More adults are opting not to buy life insurance.

Lincoln, Prudential and MetLife are all scheduled to report first-quarter results on May 4. AIG, which has been shrinking under pressure from activist investors, announces today.

BlackRock Inc., which is among the top two investors in all four of the companies, has expressed frustration over low interest rates, with CEO Laurence D. Fink saying last year that they are “ destroying the viability of insurance companies.” Governments should embark on fiscal stimulus to boost the economy, rather than relying so much on monetary policy, he said in an interview on Bloomberg Television Wednesday.