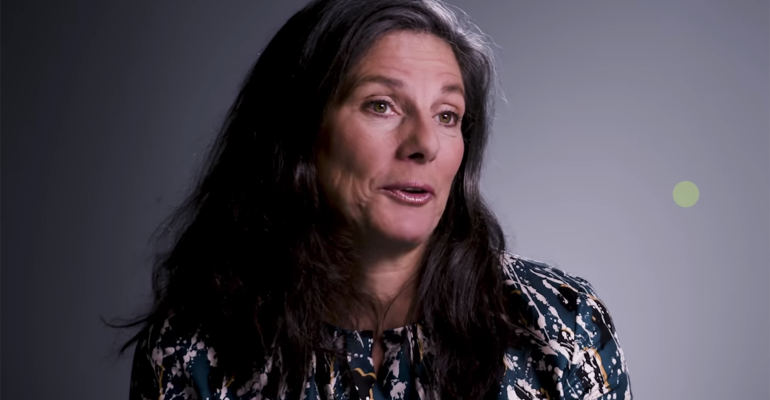 The fixed income strategist sees arbitrage opportunities in Europe, even with negative yields, and likes mortgage-backed securities in the U.S., but warns it is not a time to be married to any one position.

In fact, she sees some opportunities for global fixed income—some in Europe.

While negative yields make European bonds unappealing on their face, arbitrage opportunities remain. For example, Vanguard has taken advantage of the narrowing spreads between bonds in Europe’s core, such as Germany and France, and Europe’s periphery, such as Spain and Portugal. Spreads have shrunk as the periphery’s economies have outperformed.

She will speak at Informa’s Inside Fixed Income conference Nov. 12-13. But first she spoke to WealthManagement.com.

Wealth Management: What are the most attractive opportunities in global fixed income now?

Anne Mathias: There are attractive pieces in a number of different places. We don’t adhere to the school of thinking that everything is bad, that a global recession is coming in six months. Central banks are applying a lot of stimulus. Unemployment is low. There is some uncertainty -- trade and Brexit for example. But that has been plaguing us for a while.

WM: So what looks good?

AM: TIPS (Treasury Inflation Protected Securities). It’s attractive to buy inflation protection for portfolios now, and there are opportunities to generate capital gains on inflation exposure. TIPS prices are low even relative to low inflation expectations.

U.S. mortgage-backed securities also look good from a valuation standpoint. Interest rates fell so low in the summer that people refinanced at a faster-than-expected pace. So valuations fell. I don’t think another move like that is in store for interest rates, so there is less likelihood of rapid refinancing.

WM: What about outside the U.S.? Are negative yields a problem?

AM: It’s a challenge to invest outside the U.S. Negative yields make it a little challenging as a U.S. dollar investor, but it’s important to diversify your portfolio globally.

In Europe, we’re trying to take advantage of movement between rates. For example, this summer, the rate differential narrowed between peripheral countries like Spain and Portugal and core countries like Germany and France. Spain and Portugal are doing better than Germany and France, so that trade became more interesting. That’s what we’re doing in a negative yield world.

AM: We like emerging markets. The environment net of trade tensions is fairly positive. You have lower U.S. interest rates, so emerging market entities with dollar-denominated debt have an easier time repaying it. The move away from China as a dominant trading partner is positive for other Asian nations. Supply chains are shifting to Indonesia, Vietnam, and Malaysia. We’ve tried to take advantage of that.

AM: If you believe inflation will rise a bit, and the Fed is unlikely to raise rates aggressively, as it has made clear, you should have a steeper yield curve. And that should be positive for bonds of financial companies. It also should help companies with inelastic demand that can withstand trade tension: healthcare, pharmaceuticals, aerospace and defense, utilities and TMT (technology, media and telecommunications).

WM: Vanguard is one of the largest passive-investment shops around, but you’ve been touting the advantages of active investing. Can you talk about active versus passive?

AM: They’re different flavors for different tastes. At this moment in fixed income, it’s a great time for active. You can be more specific in your focus. Indexing is wonderful too for broad exposure. With active, you can fine tune your exposure more. In addition, only about half of fixed-income is actually indexed.

WM: Where are the biggest challenges for fixed-income investors now?

AM: It’s more challenging to implement strategies where rates are negative. It requires more creativity. It’s challenging as a U.S.-based investor to invest directly in Japanese bonds. Yields are so negative, and the potential for change isn’t that great.

WM: What about currencies?

AM: In developed markets, there’s an environment where interest rates are low and managed by central banks. So currencies have become the shock absorber for different policies between countries. We don’t have a large currency exposure. We have liked being long yen. It’s a hedge against the risk of trade tensions.

WM: The yen is a safe haven.

AM: Yes, and the dollar is too. But if the risk is trade tension, the better hedge is the yen. That’s when the dollar doesn’t strengthen as a safe haven currency.

WM: How would you assess the overall global fixed-income investment environment?

AM: We’re in an environment now where investors have less conviction about which way things will go. Prices of different securities tend to move in narrow ranges, so we want to be more tactical. You could argue for a barbell position now. You could argue for a lot of other things. You don’t want to get married to any of your positions now.

WM: What are the most important economic fundamentals now?

AM: It’s about trying to understand the balance between global trends. The aging population, increasing technology, the shift from manufactured goods to digital: those trends are important to remember. They tend to point to a lower interest-rate environment going forward, no matter what central banks are doing.

But one force that has changed is globalism. Trade tensions have started to reverse that. We haven’t seen an inflationary impact yet. But I would watch for companies to start to pass along price increases to end customers and see what that does. I suspect inflation will rise.