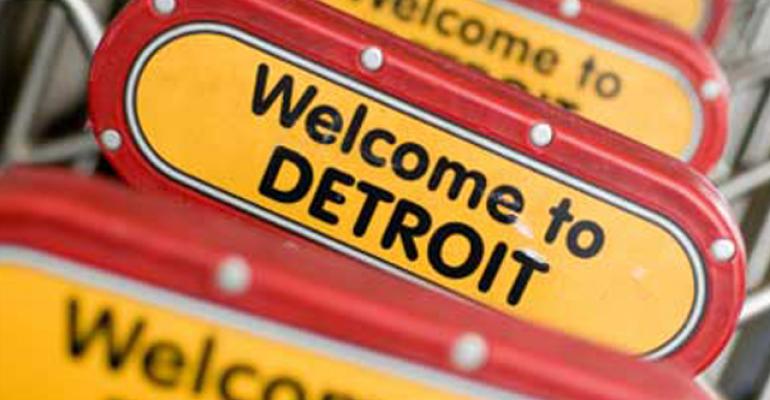 Was the downturn in municipal bonds overblown? Many portfolio managers are betting that munis will rebound. Here’s how to play it.

Most of the time hedge funds have little interest in municipal bonds because the yields are modest. But occasionally munis sink so badly that bottom-fishing hedge funds take notice. The bargain hunters appeared during the financial crisis when AA-rated bonds provided double-digit yields. After dropping this year, some municipals are again offering yields that have attracted hedge funds. Consider that a 30-year BBB-rated municipal yields 6 percent. That’s the equivalent of a taxable bond that yields more than 9.2 percent for a high income investor.

Municipals reached attractive levels following a series of troubling developments. In May and June, interest rates rose after Federal Reserve chairman Ben Bernanke suggested that the Fed might taper its program of buying bonds. In response, most bonds sank. Municipals barely had a chance to recover when Detroit announced its bankruptcy. The news spurred speculation that Puerto Rico—and perhaps other issuers—could be headed for defaults. Worried by the headlines, retail investors dumped municipal funds. During the first 10 months of 2013, shareholders withdrew $43.9 billion from municipal funds, a big outflow from a category that has $513 billion in total assets, according to Morningstar.

The withdrawals forced portfolio managers to sell into the downturn, magnifying the losses. For the 12 months through Dec. 3, intermediate municipal funds lost 3.3 percent, compared to a decline of 1.1 percent for taxable intermediate funds. High-yield municipal funds—which hold some lower-quality issues—fell 6.9 percent. Now many portfolio managers argue that the downturn was overdone. As the economy grows, municipalities are reporting increasing revenues, and the default rate remains tiny. “Outside of a few high-profile cases, the credit fundamentals are improving,” says Chad Farrington, portfolio manager of Columbia High Yield Municipal (LHIAX).

To bet that municipals will rebound, consider funds that performed relatively well through the recent downturn. Funds that outpaced their peers in the past year include Baird Intermediate Municipal (BMBSX), Columbia High Yield Municipal, Thornburg Intermediate Municipal (THIMX), and USAA Tax Exempt Intermediate-Term (USATX). The portfolio managers limited losses by following a range of strategies, including focusing on high-quality bonds and shortening maturities to protect against rising rates. Those approaches have helped the funds deliver solid long-term results.

Among the steadiest funds in up and down markets is Thornburg Intermediate Municipal. The fund ladders its portfolio, putting some assets in bonds that will mature in one year, two years, and so on. The fund overweights the maturities that seem most attractive. At the beginning of 2013, the portfolio managers became wary about longer bonds. Those offer higher yields, but they also can sink sharply when rates rise. Concerned that the extra yields of long bonds did not compensate for the hazards, the managers began to focus on shorter bonds. “We decided that we were not being paid to take risks,” says portfolio manager Christopher Ryon.

The shift into shorter bonds helped limit losses when rates climbed later in the year. After long bonds were slammed during the spring and summer, Ryon began buying longer bonds with maturities of 15 and 20 years. Regardless of market conditions, Thornburg tends to focus on high-quality bonds. Most holdings are in bonds rated AAA and AA, the top two categories.

Among the most cautious choices is Baird Intermediate Municipal. While the average municipal fund has 15 percent of assets in AAA bonds, Baird keeps 68 percent in the top category. The caution has protected the fund in downturns. During the turmoil of 2008, Baird returned 6 percent, compared to a loss of 2.3 percent for the average intermediate municipal fund. In the last year, the Baird fund outdid 82 percent of peers. “When people become worried, higher-quality issues shine,” says portfolio manager Warren Pierson.

The high-quality bias does not work every year. As investors gained confidence in 2011 and 2012, they sought extra yield by buying lower quality issues. For the two-year period, Baird finished in the bottom half of its category.

Investors who can tolerate more risk might consider high-yield municipals funds. Although the high-yield funds can be clobbered in downturns, they can deliver strong long-term returns. During the past five years, high-yield funds returned 8.8 percent annually, compared to 5.5 percent for investment-grade intermediate funds.

A solid choice is Columbia High Yield, which has 47 percent of its assets in bonds that are unrated or rated below-investment grade. In 2012, portfolio manager Chad Farrington became concerned that yield-hungry investors had pushed up prices of low-quality bonds to excessive levels. He began shifting assets to short AA bonds. Those withstood the downturn. For the past year, Columbia lost 4.5 percent, outdoing 93 percent of high-yield peers.

Farrington also enjoyed an edge this year because he underweighted tobacco bonds. Those are state issues that are backed by revenues from cigarette companies. Many high-yield funds have 15 percent or more of their assets in tobacco bonds. But the bonds proved poor performers this year since sales of cigarettes have been declining faster than many investors expected.

For an investment-grade fund that pays a relatively rich yield, consider USAA Tax Exempt Intermediate-Term. USAA holds few AAA issues. Instead, the fund has 64 percent of assets in bonds that are rated A and BBB, the two lowest rungs in the investment-grade market. The portfolio managers aim to find unloved issues that have the potential to be upgraded. When that happens, the bond prices can jump. Portfolio manager Regina Shafer is keen on municipal hospitals. “Our analysts can find good hospitals with reliable revenues that the market does not appreciate,” she says.

The approach has worked in up and down markets. During the past five years, the USAA fund has returned 7.2 percent annually, outdoing 91 percent of intermediate peers. The fund yields 3.7 percent. For many investors that is a compelling payout at a time when 10-year Treasuries yield 2.83 percent.