/sites/all/themes/penton_subtheme_wealthmanagement/images/logos/footer.png
Recent
Recent
Eight Must Reads for the CRE Industry Today (May 19, 2022)
May 18, 2022
Russian Billions Hidden in US Spur Backlash to Financial Secrecy
May 18, 2022
Mariner Wealth Advisors Expands in Michigan with Emerson Wealth Acquisition
May 18, 2022
Macquarie Alum’s GreenPoint Eyes $1 Billion for Real Estate Bets
May 18, 2022
Featured
The 10 Best and 10 Worst States in Which to Retire in 2021
Jul 15, 2021
Poll: 15 Classic Books on Investing and the Markets
Apr 03, 2020
Fifteen Must-Listen Business Podcasts for Advisors
Aug 14, 2020
Celebrity Estates: Jay Leno and Planning for Classic Car Collections
Feb 22, 2022
Viewpoints
brought to you by 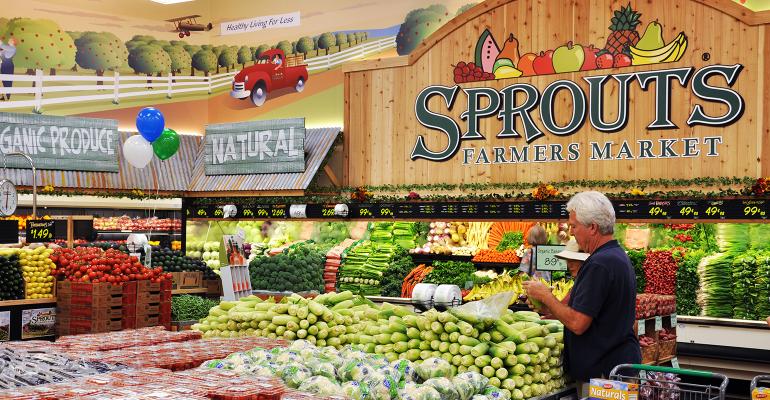 The Next Reflation Trade

Since the U.S. presidential election in November, markets have experienced dramatic moves owing to what has been widely characterized as a “reflation trade” instigated largely by OPEC and Trump proposed policies. After years of weak recovery growth and low to no inflation, U.S. investors have locked on to Trump's promises for less regulation, lower taxes, and fiscal stimulus. Coupled with rising oil prices and an OPEC deal for the first global petroleum production cut in 15 years, many are bracing for inflation and anticipating higher growth. Indeed, expected inflation as implied by breakeven rates (the difference between the yield on a nominal fixed-rate bond and the real yield on an inflation-linked bond) for TIPS (Treasury Inflation-Protected Securities) has risen and money has rotated out of safe havens such as U.S. Treasuries and bond proxies such as Utilities and REITs in to equities and commodities. While market prices have rapidly reflected and in some cases already anticipated a reflationary environment, we see an opportunity for “the next reflation trade.”

Apart from the persistent competition that favors scale and efficient execution, food distributors and retailers have been suffering from a stubbornly low and deflationary food price environment. Even the best operators are struggling. While it is difficult to call a bottom to food prices with precision, we believe that now is an attractive time to invest in companies well positioned to benefit when food inflation returns. Higher food prices will create a tailwind for revenue growth that helps to offset fixed costs and boost profits. Two companies we find particularly attractive are Sprouts Farmers Market (ticker SFM, $2.8B market cap) and United Natural Foods (ticker UNFI, $2.5B market cap).

Sprouts Farmers Market (SFM, headquartered in Phoenix, AZ) is a grocery store chain focused on fresh, natural and organic products operating 250 stores mostly in the Southwest and Southeast with plans to expand throughout the U.S. in coming years. Store growth potential, currently estimated at 1,200 locations, provides plenty of unit growth ahead. Their strategy is to deliver healthy food for less. The differentiating feature of a Sprouts store is their focus on fresh produce, which they price at a discount versus traditional grocery stores—effectively driving store traffic and resulting in market share gains over time. We believe these cost savings will be even more attractive to consumers with higher and rising food prices. Another differentiator is store layout with produce and bulk foods in the center of the stores, which are smaller than traditional grocery stores and are set-up with a farmer’s market design and theme. Many customers choose to expand their purchases at SFM outside of the fresh produce department as they become more familiar with the store, thereby increasing their average basket size. Despite near-term challenges due to deflationary food pricing, SFM is outperforming peers with respect to comparable sales and margins. Some investors are questioning management’s decision to continue expansion in such a tough environment; however, unit store economics remain attractive and according to management, still generate 35-40 percent cash-on-cash returns and payback on store is within three to four years. We believe that SFM has many years of growth due to their strategy and the secular shift to healthy eating.

United Natural Foods, Inc. (UNFI, headquartered in Rocklin, CA) is a leading distributor of natural, organic and specialty foods and non-food products in the U.S. and Canada. They serve more than 43,000 customer locations from 33 distribution centers and carry more than 90,000 items. Their customers are independently owned natural products retailers, supernatural chains (e.g., Whole Foods Market), conventional supermarkets and foodservice companies. There is only one national competitor, which has less scale than UNFI. The remainder of the industry is highly fragmented with over 200 local and regional competitors across the country. Their scale, particularly in natural and organic products, makes UNFI a more attractive option than self-distribution for even the biggest food retailers. For most food retailers, natural and organic categories still represent only 18 percent of total sales and do not “turn” (sell) as quickly, self-distribution is less profitable.  In addition, the proliferation of new natural and organic products makes merchandising very difficult; UNFI helps its customers in that effort.  We are attracted to United Natural Foods’ growth potential, driven not only by the growth in demand for natural, organic and specialty foods, but also by the company’s expansion into new product and channel categories. This growth, coupled with a compelling valuation, make UNFI an attractive investment right now.

Food deflation has been with us since December 2015. Prolonged food deflation is rare, as we have witnessed it only three times in the past 50 years. In the 1940’s, we experienced a deflationary cycle that was two years in length, but as recently as 2009, we saw an 11-month food deflation period. The strength of the U.S. Dollar presents a headwind to the return of food inflation, but we have seen a very big move already and additional strength seems less likely. When will food deflation disappear and the normal state of inflation return? We do not know for certain, but we do believe long-term investments in companies such as SFM and UNFI are poised to benefit from food “reflation,” when it ultimately reappears.