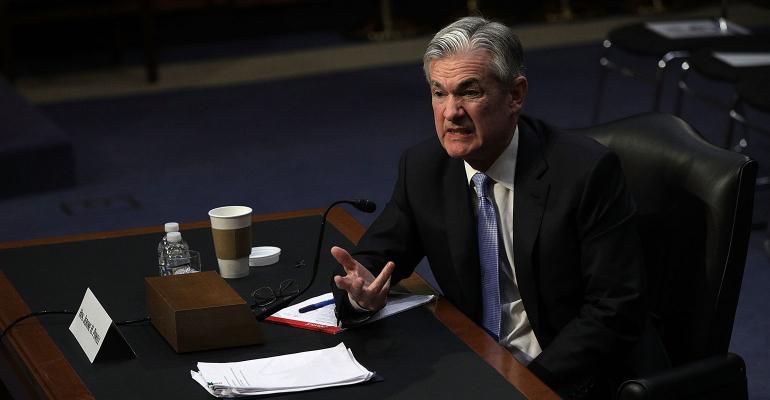 Jerome Powell has been nominated to be the next Chair of the U.S. Federal Reserve Board. If confirmed, he will succeed Janet Yellen in February 2018. The move validated our thesis that President Donald J. Trump would nominate a Fed Chair who is pro-growth, comfortable with low short-term interest rates, open to a lighter touch toward financial regulation and Republican.

This appointment represents continuity with the Ben Bernanke and Yellen regimes. Mr. Powell is considered dovish and expected to continue Ms. Yellen’s trajectory of very gradual rate increases, so the process of “inching” up the Fed funds rate should continue into early next year.

Much will depend on appointing Fed governors in line with our dovish thesis, but with growth remaining above trend, unemployment at or below the Fed’s goal and strong prospects for a meaningful tax cut, continuing the gradual rises in short-term rates seems straightforward.

This is the correct course. In the aftermath of the financial crisis, this period represents the most aggressive monetary experimentation we have seen in much of the developed world. Experimental policies may have unforeseen consequences. There are always long and variable lags. With inflation in the U.S. and developed world well below policy goals (a ubiquitous standard of 2 percent), central banks are wise to move toward policy normalization in a cautious way.

The good news is that growth has firmed, albeit from very low levels. The inflation picture, however, remains exceptionally subdued. This has been a major surprise in this year’s economic development. In fact, Yellen has called it “mysterious.”

Inflation in the U.S. has been sluggish in light of a pickup in global growth. We continue to believe this is inflation delayed, not aborted. The U.S. core personal consumption expenditures index has not been above the Fed’s target of 2 percent since 2012. At its current annual rate of 1.3 percent, the need to more preemptively raise short rates does not appear compelling.

The 2018 U.S. growth outlook looks to be another 2+ percent growth year—with a major tax cut, perhaps better. Does such cyclical strength presage a meaningful pickup in longer-term interest rates? We think not. In a highly disinflationary world, which we have been in since the turn of the century, inflation has not readily followed cyclical forces. Add the burden of global debt into this picture, and a sharp rise in developed-market interest rates does not seem likely.

The flattening of the yield curve calls for caution. Historically, the yield curve has the best predictive success of all “leading economic indicators.” When it flattens meaningfully, it seems either the Fed or the market has it wrong: to keep hiking away, the Fed and the financial community must come up with a highly plausible explanation of why “this time it is different.”

The simple truth is that when the Fed is hiking into a seriously flattening yield curve, it must have a narrative to explain why the yield curve is wrong. Otherwise it rationally follows that the Fed should stop hiking. With every cycle, a narrative is produced that seems eminently plausible. With concurrent evidence that the economy is growing, it is easy to dismiss yield curve warnings.

Even as short rates have risen steadfastly, the long end of the Treasury curve has remained anchored. The yield spread between 2- and 30-year bonds has narrowed by 71 basis points.

There are thoughtful arguments about why the long end is giving off an errant signal: “rates have been artificially suppressed by central bank buying,” or “the yield spread versus other developed markets keep these rates artificially low.” Maybe. But the rates the Fed controls are more reliably short, whereas long-maturity bond investors have a free choice. We take the warning sign of the yield curve at face value.

The very good news is that the improvement in global growth has reduced the impediment to U.S. growth. If sustained, inflation should find an uptrend. At this point policymakers are wise to go slow, and Jerome Powell is a fine pick for Fed Chair with just that path in mind.

Ken Leech is the Chief Investment Officer at Western Asset Management, a Legg Mason affiliate. His opinions are not meant to be viewed as investment advice or a solicitation for investment.