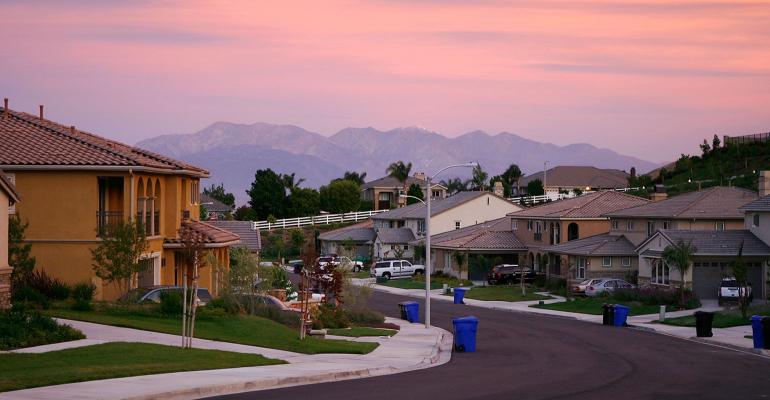 The $3.7 trillion municipal market is contending with an new bout of unprecedented financial distress by governments struggling to cover their debts

The latest example is San Bernardino, California, which saddled bondholders with a 60 percent loss while keeping retirement benefits intact under a settlement last month aimed at ending its nearly four years in bankruptcy. That’s in line with the outcome of the local-government bankruptcies filed since the onset of the Great Recession, all but one of which sheltered pensioners from the deeper cuts extracted from investors who bought their debt.

“The more cases that come to light like this in favor of pensioners, the odds of breaking those precedents become lower and lower,” said Howard Cure, director of municipal research in New York at Evercore Wealth Management, which oversees $6.2 billion of assets.

The $3.7 trillion municipal market is contending with an new bout of unprecedented, if circumscribed, round of financial distress by governments struggling to cover their debts to bondholders and retirees.

As Puerto Rico veers toward record-setting defaults, bondholders have lobbied Congress to block giving the island power to file for bankruptcy, though House Republicans have proposed allowing a court-supervised restructuring. In Illinois, Republican Governor Bruce Rauner has pushed for letting Chicago’s school system file for Chapter 9 as it reels from ballooning pension obligations that officials shortchanged for years, while in New Jersey lawmakers are fighting over how to rescue Atlantic City that may involve bondholder losses.

The outcome in San Bernardino shows why bondholders should be wary of distressed local governments that can petition to have debts reduced in court, according to BlackRock Inc., the world’s largest money manager.

“Pensions are faring far better than other creditors under Chapter 9,” analysts led by Peter Hayes, BlackRock’s head of municipal bonds, wrote in an note Monday. “This reinforces the view that bondholders need to be extremely cautious dealing with distressed municipalities.”

San Bernardino, a city of 215,000 residents about 60 miles (96 kilometers) east of Los Angeles, was among the municipal bankruptcies that followed the onset of the 18-month recession at the end of 2007, which caused tax collections to tumble. Contending with costly fire and police contracts, the community filed in August 2012.

Last month, it announced a deal with Commerzbank Finance & Covered Bond SA and bond insurer Ambac Assurance Corp., the holder and guarantor of about $96 million in pension-obligation bonds, that wrote down the debt by 60 percent. City officials argued they had little recourse: If forced to cover the full amount to bondholders, they wouldn’t be able to fully fund promised pension benefits, they said in a court filing last month. A judge must approve the city’s exit from court protection.

Another California city, Stockton, also continued full pension payments at the expense of bondholders, even though a judge ruled that it could have tried to reduce that obligation, too. The city argued that fight would take too long and could jeopardize the welfare of retirees.

San Bernardino’s workforce didn’t emerge unscathed, with the city eliminating retiree health-care subsidies and requiring employees to put more of their pay into the pension system. But it didn’t cut pension benefits. It’s also coping with a decision in 2012 to cease payments into the California Public Employees’ Retirement System that proved costly by triggering a $2 million penalty and an interest rate of 7.5 percent on the skipped obligations.

With benefits intact, the community’s pension contributions are set to grow from $19 million in the next fiscal year to as much as $44 million by 2030. That compares with a general-fund budget of $128 million this year.

Given the discretion given to cities to draft their plans out of bankruptcy, “this trend should not reverse itself,’’ said Bill Bonawitz, director of municipal research in Philadelphia at PNC Capital Advisors, which oversees $6.5 billion in municipal bonds.