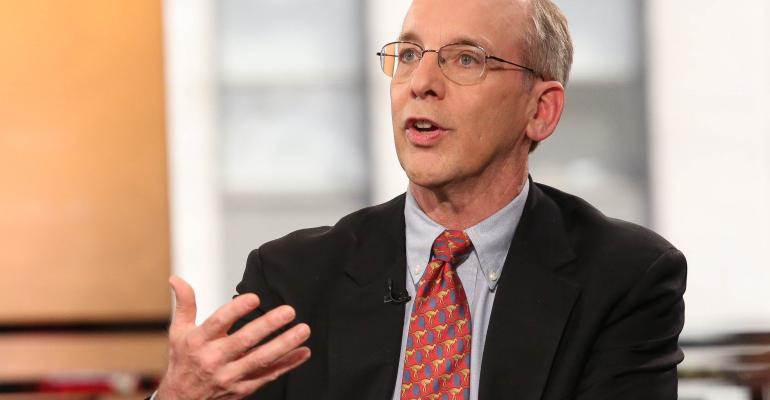 The Most Interesting Man in the (Bond) World Speaks

Just like the legend from the Dos Equis beer commercials, William Dudley doesn’t speak often, but when he does, traders listen.

(Bloomberg View) --William Dudley, head of the Federal Reserve Bank of New York, is The Most Interesting Man in the (Bond) World. Just like the legend from the Dos Equis beer commercials, Dudley doesn’t speak often, but when he does, traders listen. After months of increasingly shrill warnings about higher interest rates from Fed officials, the bond market finally paid attention when Dudley -- who is also vice chair of the Fed's policy setting Federal Open Market Committee -- said Tuesday afternoon that the case for tighter policy had become “a lot more compelling.”Although Fed Chair Janet Yellen rarely steps outside the lines in her speeches, Dudley’s frankness was refreshing as well as rewarding for long-suffering bond bears who have been sitting on increasingly expensive short positions. Not only did Dudley's comments strongly suggest a rate hike when policy makers meet March 15, but also that the Fed is determined to follow through on its forecast of three increases this year.Dudley’s key points weren’t much different from what we’ve been hearing for quite some time from the majority of Fed speakers, but this time the message resonated with traders largely because of the timing. The Treasury market had been working through yet another short-squeeze that forced bears to cover their positions and pushed 10-year Treasury yields down toward the key 2.30 percent level last week.

So, when Dudley spoke it was clear that the same traders who had thrown in the towel on the likelihood of a Fed hike in two weeks were eagerly piling their chips back onto the table, as the odds of an increase shot up from about 30 percent to more than 70 percent in a flash. Yields on 10-year notes have since backed up to 2.47 percent, and yields on two-year notes went from 1.14 percent on Feb. 27 to 1.30 percent, a huge move for that maturity in such a short time frame.

Dudley further surprised Fed watchers by acknowledging the early effects of fiscal policy anticipation when he said “I just think it makes the risks to the outlook a little bit tilted to the upside at this point.”  Most Fed comments have so far withheld judgement on the impact of potential supply-side boosts.

Given the market’s belief that this Fed will only raise rates when the market is pricing in such a move, a March hike is looking like a sure thing. Recent history shows that the central bank has been loath to act until the market was pricing in at least a 60 percent chance of a move. Dudley’s comments has made speeches Friday by Yellen and Vice Chair Stanley Fischer less important and more likely to mimic the New York Fed chief. Wednesday’s  0.3 percent jump in core personal consumption expenditures index for February along with the potent 57.7 reading for the Institute for Supply Management's manufacturing index gave the hawks all the ammunition they need.With the Fed going into its blackout period next week, it would take a truly disastrous monthly jobs report on March 10 to derail a March hike. If not, then the market can start penciling in further increases in June and September –- as long as inflation continues to trend higher. If the Fed ignores the green light given to it by the market to raise rates,  then their already tattered credibility with traders will be completely destroyed and there will be another painful -- for the bears -- short squeeze that pushes yields lower.  It's shaping up to be an interesting spring in the debt markets. Bond traders wish they could be like the real Most Interesting Man in the World, where in one of his ads it’s said that “when he has a 50/50 shot, the odds are 80/20 in his favor.”