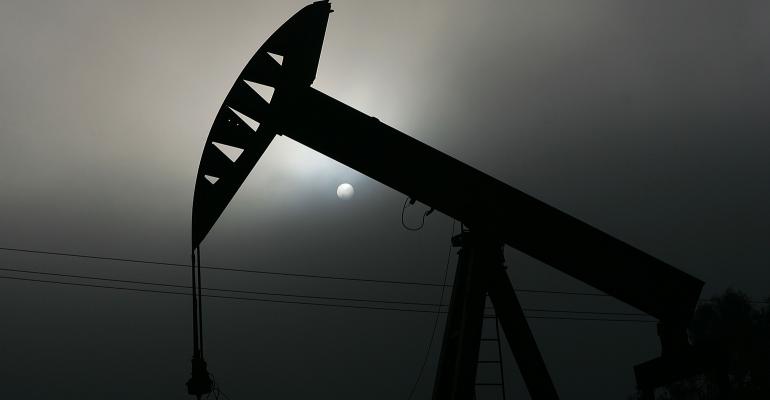 (Bloomberg) -- The fortunes of junk-bond traders have never been more closely linked to oil.

The high-yield bond market has been rallying since Feb. 11, the exact day that oil reached a bottom. Prices on the bonds of speculative-grade energy companies are always linked to oil, but in recent weeks, credits outside that industry have also been moving with the commodity.

That tight linkage may mean investors are not paying enough attention to growing risks among junk bond issuers, according to Bank of America Corp strategists.

The recent rally “will ultimately fade,” strategists led by Michael Contopoulos said in a note to investors Tuesday.

There are signs that credit quality is getting worse among U.S. high-yield issuers, not better. So far this year, the ratio of ratings upgrades to downgrades is the lowest since the first quarter of 2009, which was during the financial crisis. Corporate bankruptcy filings are at the highest level since 2014, according to data compiled by Bloomberg. And growth in earnings before interest, taxes, depreciation, and amortization has been slowing for U.S. companies, Bank of America strategists wrote.

For now, investors are focusing mainly on oil prices, which between mid-2014 and Feb. 11 fell to their lowest level in a decade, before rising by more than 55 percent.

Those gains have helped junk bonds erase their losses for the year. Since Feb. 11, they have risen more than 9 percent on a total return basis.

Strategists at Deutsche Bank said in a note dated March 18 that the correlation between high-yield credits outside of the energy sector and oil was 0.63, based on excess returns, a record level. Correlations range between -1 and 1, with 1 indicating that two prices move in lock step and zero indicating no relationship.

Market relationships are often complicated, and the linkage between junk debt and oil is no exception. As the price of crude drops, more investment-grade energy companies are likely to get cut below investment levels. Those downgrades can bring billions of dollars of new speculative-grade bonds into the market, reducing prices even for companies that have nothing to do with energy.

As crude prices rise again, that risk disappears, but a new one steps into its place: costs rise for manufacturing and transporting goods.

“Oil is still front and center. If you are in the high-yield sector, you are making a bet on oil prices,” said Martin Fridson, chief investment officer at Lehmann Livian Fridson Advisors.