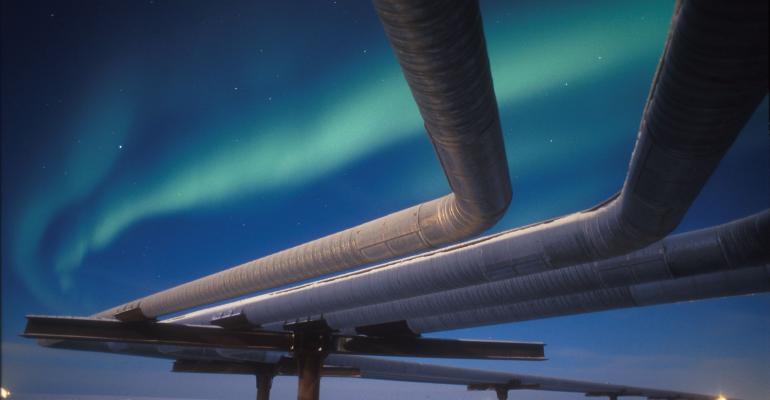 Investors Are Cozying Up to MLPs Despite Oil’s Bearish Streak

(Bloomberg) -- After falling from grace amid crude’s collapse, master-limited partnerships, a darling of recent commodities booms, are winning over investors again thanks to their high payouts and long-term contracts.

Investors are stashing money in the pipeline partnerships, which keep America’s shale oil and natural gas flowing to markets. They’re lured by earnings that have performed better than many had feared as well as the promise of higher yields at a time when global interest rates are floundering. Since June 1, crude slid another 13 percent amid fears of global oversupply. Meanwhile, the Alerian MLP Index, which tracks 44 MLPs including Enterprise Products Partners LP and Williams Partners LP, has gained 2 percent.

“When energy investors saw oil falling, they said, ‘Energy’s bad, don’t invest in energy,’ and that’s what you saw over the last 18 months,” said Rob Thummel, a managing director at Tortoise Capital Advisors LLC. “The encouraging thing is, you started seeing that pattern break since May, June, July.”

Something similar played out after oil crashed in 2008 and investors began fearing that earnings would suffer across the midstream space, Thummel said. In fact, it generally takes a few quarters before investors become comfortable again with the fact that plenty of MLPs aren’t all that tied to oil prices, according to Thummel. Some are tied more to natural gas while others aren’t correlated with commodity prices at all.

“After a couple of quarters, investors say: ‘Oh, MLPs are offering sustainable dividend yields. They are delivering consistent cash flows,’” Thummel said. “Then the money starts coming back to the asset class. That’s kind of where we are right now."

Global uncertainty is helping. In June, Britain voted itself out of the European Union, throwing international markets into disarray and clouding the outlook for higher interest rates. That’s added to the appeal of MLPs because they’re seen as a collection of U.S.-based assets, often regulated, that pay dollar-denominated dividends, said Chris Sighinolfi, an analyst at Jefferies LLC.

“Right now people seem to be focused on yield," Sighinolfi said. “That’s having a bigger effect on sector movements than fundamental impacts tethered to crude or NGL prices.”

The shift in sentiment is even boosting MLPs that are mostly focused on oil, such as Shell Midstream Partners LP. That’s because once investors start taking a liking to MLPs again, they often simply buy into the whole sector, said Skip Aylesworth, who oversees the Hennessy Gas Utility Fund.

“The MLP market gets dealt with by the general investor in a broad brush -- ‘It’s too complicated, get me out.’ ‘It’s a great yield, get me in,”’ he said. "When you see these commotions in the sector, there’s just this general consensus of either negativity or positivity. In general, they’ll buy the Alerian Index or a mutual fund that invests in MLPs and it goes from there."