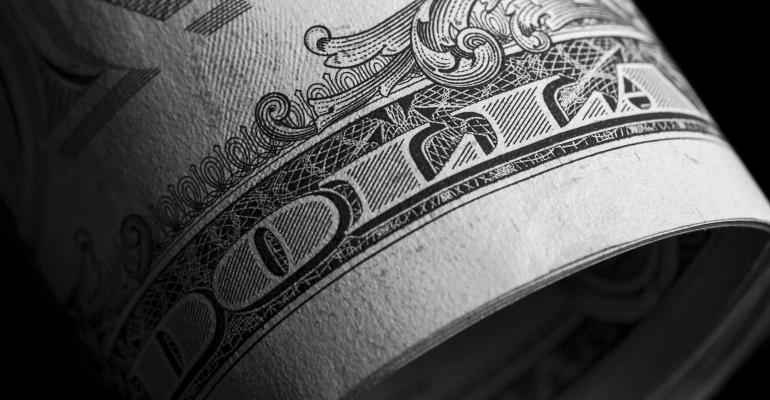 I Bond Yields Are Set to Drop Next Month

(Bloomberg) -- Yields on popular Series I savings bonds — intended to protect consumers against price increases — are likely heading down even as inflation continues to surge.

The new yield for I bonds purchased after the end of October is now estimated to be 6.47%, down from a record 9.62%. The rate is linked to the change in inflation over the six-month period from March to September which, while elevated, slowed from the previous half-year stretch.

Americans have purchased billions of dollars worth of I bonds this year. At a time of extreme market volatility, they’ve outperformed major stock indexes and bond markets and are likely to continue to do so even at the lower rate.

“It doesn’t mean inflation’s going down. It means it’s not, comparatively speaking, rising as quickly as it did six months ago,” said Elliot Pepper, financial planner and director of tax at Northbrook Financial.

The government began selling I bonds in 1998 to help households protect their savings from rising prices. That’s made the low-risk investment particularly appealing this year as inflation surged to its highest level in four decades.

The bonds’ interest rate is made up of two components: a fixed rate that has stayed at 0% since 2020 and a variable rate set twice a year that rises and falls with the consumer price index. The Treasury Department sets I bonds’ variable rate on the first day of May and November each year, and the upcoming reset will be based on the CPI data for September that was released Thursday.

Because of the twice-yearly resets, the date you purchase your I bonds can make a big difference to their returns. The rate changes every six months from the bond’s purchase date, based on the prevailing rate. That rate is good for six months, when the bonds take on the new rate.

As an example, I bonds purchased in October would assume the current rate ⁠— 9.62% ⁠— for six months, until the end of March. From next April, they would assume the new, lower rate ⁠— 6.47% ⁠— that will likely take effect Nov. 1.

“I would say buy before Oct. 31, because you still have the opportunity to buy for the next two weeks and lock in six months at 9.62%,” Pepper said.

These idiosyncrasies have created winners and losers this year. Investors who turned up their noses at the 7.12% rate in April and decided to wait until May for the 9.62% will, perhaps counterintuitively, have ended up missing out. That’s because the April buyers would have enjoyed six months at 7.12% and then six more at 9.62%, while the May buyers got six months of 9.62% but then will likely face six months of 6.47%.

“The big winners here are the people that two years ago, almost three years ago, bought into I bonds because they’ve been making a ridiculous amount of returns,” said Stephan Shipe, owner of Scholar Financial Advising in Winston-Salem, North Carolina. “The losers on something like this would maybe be the people who jump in too late and get their money tied up for a year and maybe overextend themselves.”

The estimation for the November rate is based on the assumption that the fixed rate stays at 0%. But there is a chance that it changes, Pepper said. The fixed rate for I bonds was 3.40% when they were introduced in September 1998, but it hasn’t gone above 0.5% in the last 10 years.

I bonds are low risk, but their limitations make them less than perfect for some investors, especially as their rates start to come down. US citizens, residents and government employees can purchase up to $10,000 in I bonds per calendar year. (Those who use their federal income tax refunds may purchase an additional $5,000, which would bring the annual limit to $15,000.) The bonds must be held for a minimum of one year, and cashing them in before five years requires forfeiting interest from the previous three months.

Although one startup has offered a simpler way to buy them than from the Treasury’s notoriously clunky website, they cannot be purchased through standard brokerage accounts.

Advisers say emergency money doesn’t belong in Series I bonds. And they’re subject to federal income taxes, which makes them less attractive to investors in higher tax brackets, particularly as their yields start to fall, said Laura Mattia, chief executive of Sarasota, Florida-based Atlas Fiduciary Financial. She notes that yields on Treasuries are growing more attractive, which could make them a better alternative for some investors.

“You can buy as much as you want and you can put them in your brokerage account,” she said. “That’s much more attractive to me.”

To contact the author of this story:
Charlie Wells in London at [email protected]