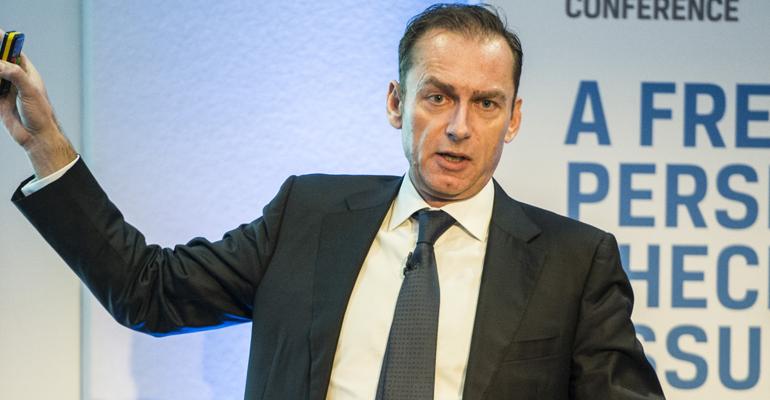 Steven Major's outlook is the lowest of 59 economists surveyed by Bloomberg.

Steven Major, the HSBC Holdings Plc head of research who has consistently kept his year-end outlook for U.S. Treasury bond yields far below peers, raised his forecast to 1.9 percent from 1.6 percent in a note published on Wednesday. The outlook is still the lowest in a Bloomberg survey of 59 economists and would be a 25 basis-point drop from current levels to the lowest yield since November. The change in forecast represents a “tweak,” rather than a change to the view that the decades-long bull market for bonds will continue, Major wrote. Higher short-dated yields present a constraint to how much further longer yields can fall, while a reduction of geopolitical risks have increased the likelihood that the Federal Reserve will continue to raise interest rates, he said.

“The passage of time necessitates that we review the forecasts, as does the change in circumstances, which has seen the Fed deliver on promises to hike rates, in line with its forecasts of an improving economy,” Major said.

Major stood out in 2014 for correctly predicting that 10-year yields would drop to about 2.1 percent, while the median forecast at the start of the year was 3.4 percent. His forecast of 1.5 percent by year-end 2016 looked prescient in the aftermath of the Brexit vote, though it was overtaken by the events of the last quarter when Donald Trump’s election as president sent yields soaring.