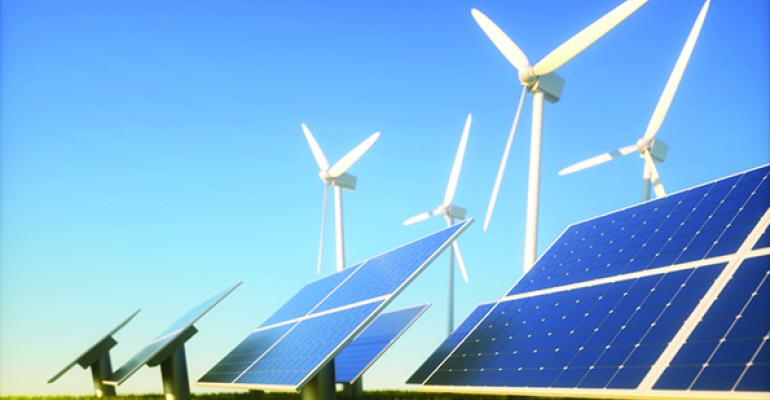 High Yield, Or High Risk, For The Green Energy Gang

In recent years, master-limited partnerships soared in popularity as investors sought out the high yields and tax advantages afforded by their pass-through income structure—no tax is levied at the corporate level as most income gets paid out to unitholders.

To qualify for that tax treatment, MLPs focus on fossil fuels, making them unsuitable for some socially responsible investors who prefer renewables. But even green investors envy the income streams that energy payers provide.

Enter Yieldcos, spinoffs from major utility companies of their large-scale solar power fields and wind farms, capital intensive projects often built under mandates and incentives to provide green power. Like MLPs, they come with long-term purchasing contracts in place. Unlike MLPs, these are not partnerships; the Yieldcos (or “yield companies”) rely on offsetting taxable income with claimed losses from depreciation of the assets. That frees up more cash to send to shareholders (as a return of capital). Many also use leverage. Most went public with yields originally over 5 percent and an intention to grow the payouts over time.

There is an investment case to be made for green power, as a little more than half of the new generation coming online in the U.S. is renewable. “This is not the tree-hugger all-green type of asset that many think it is,” said Ben Kallo, senior research analyst at Robert W. Baird.

As of June 2015, there were 18 publicly traded yieldcos, 14 of which issued IPOs within the last two years. Their stock soared in 2014, but that diluted their favorable yields as the pace of new projects could not keep up. Then they stumbled badly, with stock prices falling some 30 to 40 percent so far this year, said Rob Thummel, managing director and portfolio manager with Tortoise Capital Advisors.

The question for advisors: Is this financial engineering run amok? Or an opportunity to buy—on the dip—tax-efficient income streams in a growth market?

Aside from the broader recent problems in the equity and energy markets, Thummel said part of the recent Yieldco implosion was that three large transactions came out over the summer seeking to raise a total of around $2.2 billion, or about 12 percent of the entire $18 billion sector.Still, Thummel expects yieldcos to continue to grow dividends 10 to 12 percent for several years. “They’re still pretty attractive investments.”

Yieldcos have their doubters.

“I think that this [is] a big valuation play, an arbitrage play to reduce cost of equity. I think you’re better off going the old-fashioned route and going with a (renewable energy) company that is a structured corporation,” said Aaron Gilman, president and chief investment officer of IFP Wealth Management.

In order to maintain their business model, yieldcos need to keep acquiring assets. That’s led some observers to claim the structure is vulnerable to rising rates, an economic slowdown, and the expected 2016 expiration of some tax incentives for solar projects.

A slowdown in energy investment “might affect cash flows of some yieldcos, and pose challenges to profit distribution to shareholders,” according to a recent report by the International Energy Agency.

More worrisome, some firms may respond by taking on more risk - like higher debt. Garvin Jabusch, co-founder and chief investment officer of Green Alpha Advisors, a boutique investment firm focused on green energy, agreed that a few operators,like SunEdison (SUNE) which recently took a hit from investors amid questions about its financial health—are just deal-makers. “SunEdison is a financial engineering firm. They don’t make panels or projects; they just go clicking pieces together around the world,” he said. SunEdison recently pulled the plug on two pending Yeildco transactions.

Kallo is less worried about the expiration of federal tax credits, and thinks strong firms with solid corporate parents will withstand immediate headwinds in the economy. Longer-term renewable energy projects that can stand on their own alongside conventional power sources will in fact be a boon. “There is some natural aversion to invest in subsidized industry. In many ways it will be better when it steps down,” he said.