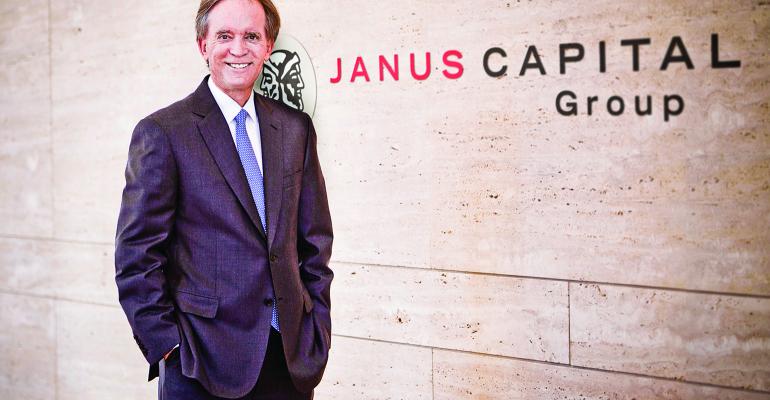 <p>Bill Gross wrote in his monthly investment outlook that investors should favor gold and real estate over stocks and bonds.</p>
Investment>Fixed Income

“I don’t like bonds; I don’t like most stocks; I don’t like private equity,” Gross, who runs the $1.5 billion Janus Global Unconstrained Bond Fund, wrote in his monthly investment outlook Wednesday. “Real assets such as land, gold and tangible plant and equipment at a discount are favored asset categories.”

Gross’s unconstrained fund returned 4 percent this year through Aug. 1, outperforming 69 percent of its Bloomberg peers. Its largest investments as of June 30 included shares of SABMiller Plc, bonds from Ally Financial Inc. and Ford Motor Credit Co. and the sovereign debt of Mexico and Argentina. The fund, with roughly half of its money coming from Gross’s personal fortune, has earned 3 percent since he took over in October 2014 after leaving Pacific Investment Management Co.

Gross also oversees the $335 million Old Mutual Total Return USD Bond Fund, an Ireland-based fund that was up about 6.6 percent this year after fees, compared with a 4.6 percent gain for the Pimco Total Return Fund, which he ran for decades and built into the world’s largest mutual fund at one time.

The 72-year-old manager has been reiterating cautious views as markets rally.

“Sovereign bond yields at record lows aren’t worth the risk and are therefore not top of my shopping list right now; it’s too risky,” Gross said in a statement released Tuesday by Old Mutual Global Investors. “Low yields mean bonds are especially vulnerable because a small increase can bring a large decline in price.”

In his August outlook for Janus Capital Group Inc., Gross said the financial system won’t break down immediately. The time will come “when investable assets pose too much risk for too little return.”

Low interest rates already hurt returns for banks, insurance companies, pension funds and individual savers, according to Gross. Central banks haven’t figured out an end game for their efforts to stimulate economies by buying sovereign debt and other investments that are failing to prove effective.

“Central bank ‘promises’ of eventually selling the debt back into the private market are just that -- promises/promises that can never be kept,” he wrote.