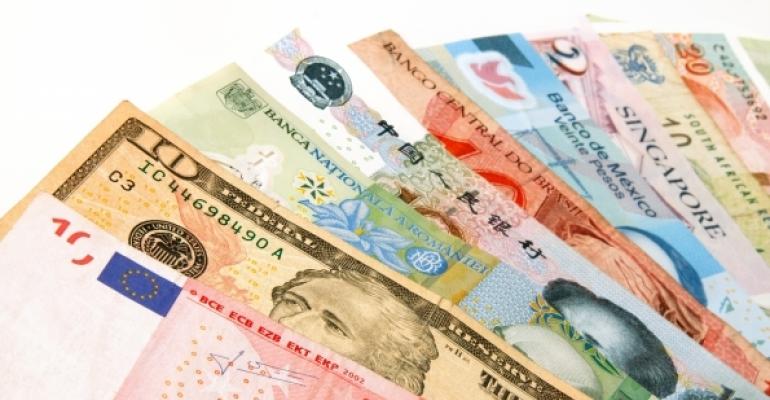 Fragile No More: Emerging Opportunities in Currencies and Bonds

For investors who need to wring more income from their bond portfolios, it’s time for a fresh look.

Still think emerging markets are too risky? Think again. Smarter policies are leading to less vulnerable economies and rising currencies. For investors who need to wring more income from their bond portfolios, it’s time for a fresh look.

Just a few years ago, the outlook for emerging markets was very different. Many countries were on a borrowing binge, which resulted in large current account and fiscal deficits. That left them dependent on capricious portfolio inflows—money invested in domestic stock and bond markets or deposited in domestic banks—to finance their spending.

Foreigners were happy to fund those deficits for a while because they needed higher yields than developed-market bonds could deliver. But when the Federal Reserve hinted in 2013 that it would start to tighten its easy money policies, investors quickly cut their risk, and the flow of capital into these emerging economies dried up.

The result: emerging-market asset values plunged and economic growth stalled. The most vulnerable countries—Brazil, India, Indonesia, Turkey and South Africa—became known as “the fragile five” and were hit especially hard. By the first quarter of 2016, Brazil’s real had lost about half its value against the US dollar, while the Turkish lira was down 40%. Between 2013 and 2015, the J.P. Morgan Government Bond Index—Emerging Markets of local-currency government bonds fell nearly 30%.

Weak Currencies Do the Heavy Lifting

When it comes to wading back into emerging markets, investors may be wondering: Why now?

There’s no denying that the adjustment these countries went through was painful. But it’s finally starting to pay off in the form of stronger economic fundamentals. In other words, the fragile five aren’t so fragile anymore.

Currency weakness is a big reason for that. For most of us, a sharp decline in a currency’s value is frightening. In the case of the fragile five, declining currencies turned out to be a blessing because they helped to narrow the gap in their current account—the difference between what a country exports to the rest of the world and what the rest of the world exports to that country.

The cost of doing business and the price of domestic assets got cheaper, too. That increased foreign direct investment (FDI), a more stable source of funding than portfolio flows because it tends to be longer term in nature. FDI into the fragile five is now robust enough to finance these countries’ aggregate current account position for the first time since 2009 (Display). In aggregate, the short-term external debt of the five countries has also declined, making them even less vulnerable to external shocks. The same applies to emerging markets in general.

Getting Public Finances in Order

The next priority for emerging markets will be to reduce the fiscal imbalances that crowd out private investment and impede growth. There’s still work to be done here. In South Africa, for example, political uncertainty has created obstacles to more prudent policymaking.

But there have been hopeful signs, too, particularly in places where new governments have embraced more market-friendly policies. For example:

We think this means there are attractive opportunities today for investors in select emerging markets. One way to take advantage of that is through local currency–denominated bonds. In Brazil, for instance, local government bonds carry yields of more than 11%. That’s attractive, particularly when more than 30% of the bonds in the Citigroup World Government Bond Index have negative yields.

In fact, the real, or inflation-adjusted, interest-rate differentials between emerging and developed markets are close to their highest level since the global financial crisis. And we expect inflation in most emerging markets to drift lower in the years ahead. With developed-world interest rates likely to stay low for some time, targeted exposure to select EM bonds makes a lot of sense. Currency valuations generally look cheap as well, and the fundamental improvements in many economies suggest they have room to rise.

The opportunities aren’t limited to the formerly fragile five. We see improvement—and some exciting prospects—in other emerging markets as well. With developed-world interest rates likely to stay low for some time, we think emerging-market assets make sense for any fixed-income allocation.

The views expressed herein do not constitute research, investment advice or trade recommendations and do not necessarily represent the views of all AB portfolio-management teams.