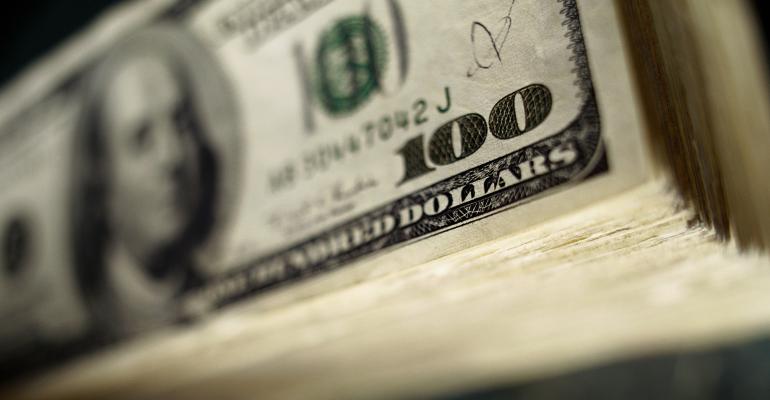 Forget Trump. Muni Bond Rally About to Be Driven by Cash Tsunami

Investors that want to put cash to work will find the most value on the long-end of the muni curve.

(Bloomberg) --Municipal bonds got a lift this week as turmoil surrounding President Donald Trump’s administration sparked a flight to safe assets. An even bigger boost will come this summer as investors will receive a flood of cash that will outstrip the sale of new securities, strategists said.

The state and local government debt market will shrink by $39.5 billion over June, July and August as bonds matures faster than they’re issued. At the same time, investors will receive $44 billion of interest payments, according to Citigroup Inc. -- resulting in nearly $84 billion available to be reinvested.

“At least over the next three, four months, we are bullish on munis," said Vikram Rai, head of municipal strategy for Citigroup.

Yields on benchmark 10-year municipal bonds tumbled this week to the lowest since November after reports that Trump disclosed highly-sensitive intelligence to the Russians and suggested then-FBI Director James Comey to drop an investigation of former national security adviser Michael Flynn. The revelations caused stock prices to drop on Wednesday on speculation that Trump’s economic policies will be derailed. While some investors speculated that the developments dampened the prospects that Trump’s tax cuts will advance in Congress, some bond strategists said that reaction is premature.

“People were too aggressive in their time-line of President Trump’s agenda," said Mikhail Foux, head of municipal strategy at Barclays Plc.

Investors that want to put cash to work will find the most value on the long-end of the muni curve, where the difference between 10- and 30-year yields are close to 12-month highs, said Foux. By contrast, 5-year municipals are more expensive compared with Treasuries than they have been since the end of August 2016.

Investors have shifted heavily into shorter-maturity debt because of concerns about whether the tax break given to bondholders will be rolled back and the prospect of corporate tax cuts, which could cause banks and property and casualty insurers to stop buying long-duration debt, he said.

Those concerns may be overblown. Trump’s push to slash corporate and individual income-tax rates won’t have a dramatic impact on the market. Cutting the top-rate to 35 percent from 39.6 percent would be too small to sap demand, analysts said, while eliminating the Alternative Minimum Tax and state and local tax deduction could actually strengthen demand for tax-exempt securities.

Cutting corporate taxes to 15 percent would markedly crimp demand from insurance companies and banks, but it’s more likely the corporate tax cut will be in the 20 to 25 percent range, said Foux.

In the long run, though, changes to the tax code won’t be the main driver of municipal returns, said Lyle Fitterer, who oversees $40 billion as head of tax-exempt debt for Wells Capital Management. What’s more important is supply-demand trends, the absolute level of rates and the difference between short and long term yields -- which is driven by forecasts about the trajectory of the economy.

“Right now, supply is down, foreign demand is up, U.S. demand is strong because rates have been rallying, so people are more comfortable in fixed income again, so you’ve seen the market outperform," he said.