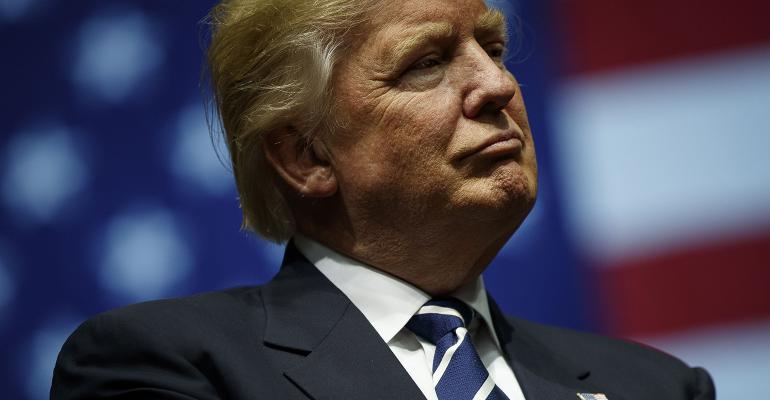 It’s the Trump Bump, not the actions of the Federal Reserve, that is bringing up interest rates.

Finally, the Fed is raising interest rates again. At least, that’s what 96 percent of Wall Street economists, analysts and fund managers said when surveyed about the possibility of a December rate hike. Unless virtually everyone in the financial world is wrong, it appears we’ll be getting a second rate hike from the Fed exactly a year after the first one.

Except… haven’t rates already risen? Since the beginning of November, the yield on the 10-Year Treasury note is up from 180 basis points to 2.5 percent. The spike began at the same time as Donald Trump’s election.

As we’ve argued in the past, the Fed is irrelevant. The market has already driven interest rates up in response to Trump’s election and a more positive economic outlook. If Yellen decides to raise rates as expected, it’s only because she’s following the signals from the market.

Donald Trump’s election has spurred a sharp increase in interest rates on the expectation that the president-elect will push through a large fiscal stimulus once he gets into office. In particular, Trump has promised:

(We discussed the bipartisan support for corporate tax repatriation and infrastructure spending before the election, and the four stocks we recommended in that piece are up an average of about 18 percent since election day versus 9 percent for the S&P 500.)

Markets clearly expect these initiatives to provide a boost to economic growth and, consequently, inflation in the near term. This shift in expectations has driven the change in interest rates, not the Federal Reserve.

For the past six years, we’ve had a divided government that made it almost impossible to enact any large-scale changes to fiscal policy. As a result, investors assigned a massive importance to monetary policy, scouring Fed minutes line-by-line for any clue to future actions.

Now, Republicans control both the executive and the legislative branches and have the ability to push through material changes in tax rates, spending priorities and regulatory matters. Now, in a dramatic reversal of recent trends, the market is surging to all-time highs in the face of a rate hike.

The events of the past month show that the Fed is a lagging, not leading, indicator for interest rates. The Fed doesn’t drive the market; the market drives the Fed.

Rates Should Stay Low in the Long Term

Despite the recent rise in rates, our long-term thesis for low interest rates remains intact. Trump’s fiscal policy might spur growth in the long term, but it won’t reverse the structural changes that have lowered the cost of capital and dampened inflation in recent years.

Trends such as automation, aging demographics and the decentralization of capital allocation have all combined to push inflation and interest rates down, and all these trends are unabated for many years to come.

The flattening yield curve shows that investors are still not pricing in a significant rise in interest rates or inflation over the long term.

David Trainer is the founder and president of New Constructs.

Disclosure: David Trainer and Sam McBride receive no compensation to write about any specific stock, sector, style or theme.