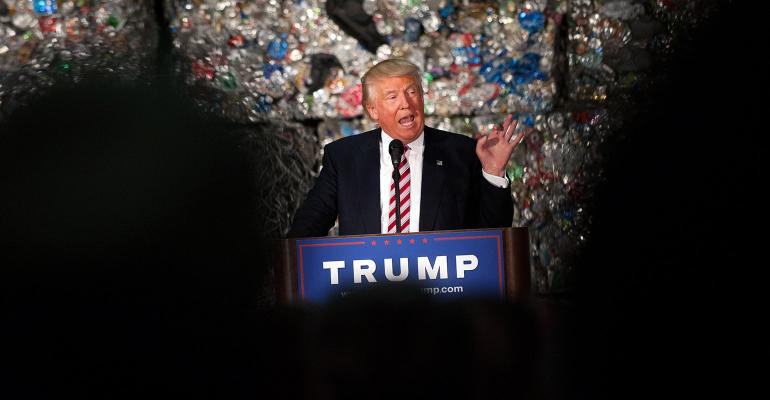 Economic Narrative: Tales of the Unexpected

The stories we tell about the economy can profoundly shape actual economic outcomes and even become self-fulfilling.

On one level this should not be surprising; economics is ultimately about human behavior and how we behave will depend, for better or worse, on what we believe. Indeed, economists have a long tradition of describing the ups and downs of the economy in terms of animal spirits—the sometimes inexplicable swings in the beliefs businesses and households hold about the future.

As Nobel Prize winning economist Robert Shiller has recently argued, too often economists have only relied on “narrative” explanations when their standard tools fail. He calls for a much more rigorous study of the role of narratives in driving economic and market events.

A striking example of this narrative effect is the stratospheric jump in small business optimism reported by the National Federation of Independent Business; its index recording the largest month-over-month increase in the survey’s history following Donald Trump’s U.S. presidential election victory.

It seems his victory led to a positive narrative about the economy taking hold among small businesses, which could—if subsequently translated into investment plans and spending—lead to a self-fulfilling improvement in economic activity.

Trump’s victory also demonstrates just how dramatically narratives can shift. In the run-up to the election in November, markets consistently responded to campaign developments in a way that suggested equity investors would prefer a Clinton victory. For example, after the first presidential debate, which was widely seen as improving Clinton’s chances of winning the election, equity markets performed well with the S&P stock index up 0.7 percent.

Then the S&P 500 fell roughly 0.8 percent immediately following the news that the FBI would be reopening the Clinton email case, presumably on the expectation that this scandal would damage her support. Yet within hours of Trump’s victory, financial markets decided the result was good news for stocks and the economy in general.

It is difficult to believe there was much in the way of new information; that investors and businesses could have learned about Trump and his plans in this very brief period to explain the shift in sentiment. This suggests changes in narrative are very hard to explain just in terms of the underlying economic facts.

He seems to want to weaken it to boost exporters and help manufacturers. This brought the dollar’s rapid post-election rise to a screeching halt, with the currency becoming especially sensitive to President Trump's comments. In a recent interview with the Wall Street Journal, Trump described the dollar as “too strong” and claimed it is “killing us." The broad dollar index fell over 1 percent in the immediate aftermath.

The Fed and Trump Policies Potentially at Odds

However, both Trump and this new narrative face a very large obstacle in the form of the Fed. As Fed Chair Janet Yellen noted in her February testimony to Congress, the U.S. labor market has seen “widespread” improvements and “the pace of wage growth has picked up.” As such, the Fed thinks a gradual increase in the interest rate will be appropriate, but she noted that changes in fiscal policy “could potentially affect the economic outlook”.

This is because the large fiscal easing planned by the Trump administration could increase inflationary pressures, forcing the Fed to raise interest rates more rapidly. This in turn would put upward pressure on the dollar. Thus, two of Trump’s key policy objectives—a dollar policy that helps manufacturers and a fiscal policy that cuts taxes—are in tension with each other.

Trump is not powerless in the face of this dollar dilemma. Following Governor Daniel Tarullo’s recent resignation, Trump can now appoint three governors this year (of a total of twelve voting members on the Fed’s rate-setting committee).

He can also replace Yellen and her deputy, Stanley Fischer, in 2018. This presents Trump with a huge opportunity to reshape the central bank through his choice of appointments. Such appointments are always closely watched by investors as they try to figure out whether the new member is a dove (someone who tends to worry more about unemployment and prefer easier policy), or a hawk (someone who tends to worry more about inflation and prefer tighter policy).

There has accordingly been much speculation about whether Trump will pick doves or hawks. However, he could choose candidates who are neither, and instead try to steer policy so that it serves his own interests. Specifically, he could decide that the way to resolve the dollar dilemma is to appoint policy makers willing to keep interest rates low even as inflation picks up well above the Fed’s 2 percent target. This could help to ensure that the dollar stays weak, in line with Trump’s apparent preferences.

In some circumstances, it might be that a bit more inflation in exchange for a weaker dollar is a reasonable trade-off, constituting a perfectly legitimate policy preference. However, Shiller’s work on narratives highlights the risk of this strategy. If a narrative takes hold that the Fed has abandoned its commitment to low inflation, its credibility could drain away very quickly—even if there is little change in the underlying facts. The U.S. could then face a mounting inflation problem and impaired policy makers. That is why Trump should choose his Fed appointments very carefully.

Luke Bartholomew is an Investment Strategist at Aberdeen Asset Management